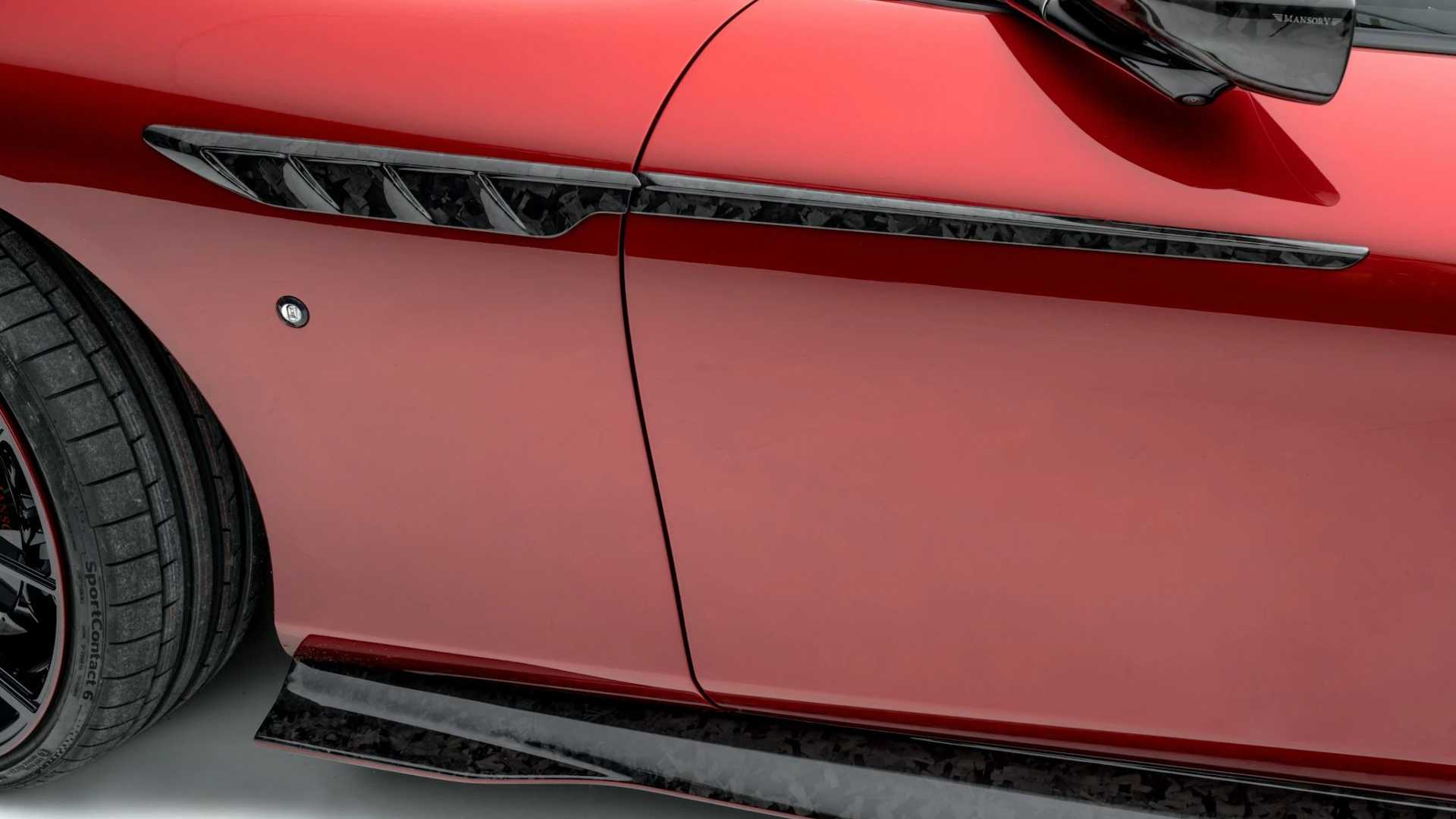 Love or hate it, Mansory sure did make a statement here.

Many consider the Ferrari Roma as one of the most beautiful models that have come from Maranello. Its styling harkens back to the '50s and '60s Rome, with a minimalist execution that a lot of people loved. So much so in fact that the former Ferrari design boss Frank Stephenson gave the Roma a 9.5 out of 10 rating on his design critique video.

So when Mansory announced an aftermarket tune for the Roma, we were slightly worried knowing the outlandish reputation of the German tuning firm. And boy, it did not disappoint.

Mansory sure did a number on the Roma when it comes to the exterior design. Offsetting the minimalist approach to styling, the tuner dressed up the Italian coupe with various body kits void of subtlety. It's a full vehicle conversion, with all the add-on parts made out of carbon fiber. The hood is completely made out of lightweight material as well. Mansory describes the conversion as a "very masculine appearance" – a total opposite of the grand tourer's original design.

Inside, Mansory gave the Roma a design upgrade as well, with full-on read leather with black trims. Mansory-branded, carbon-fiber-showered steering wheel completes the look in the cabin.

Say what you want with the design changes, but Mansory has given the Roma a healthy aftermarket power tune. Power is increased to 710 horsepower (529 kilowatts) and 638 pound-feet (865 Newton-meters) of torque, up by almost a hundred on both outputs. According to Mansory, Vmax-measured performance figures include a 206 miles per hour (332 kilometers per hour) top speed and a sprint to 62 mph (100 km/h) in just 3.1 seconds.

Like what Mansory did here? Pricing isn't announced by the tuning firm but you can inquire directly through the source link below.