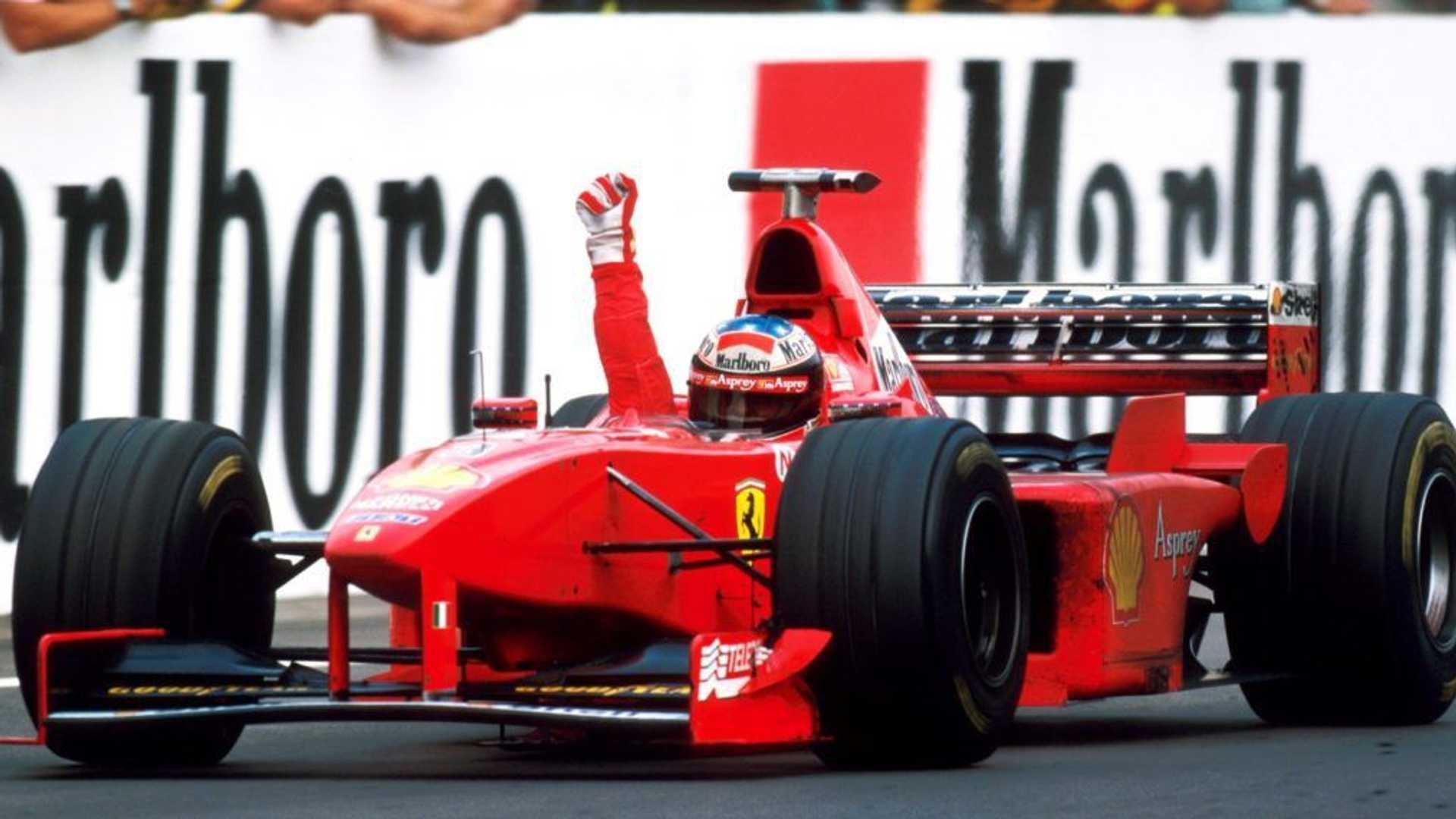 Michael Schumacher's Ferrari F300 F1 Car Is Up For Sale

It's the car in which Schumacher battled Mika Hakkinen for the 1998 F1 World Championship.

There have been many amazing eras in the history of Formula 1. The V10 generation with Michael Schumacher behind the wheel for Ferrari is likely in the top five – if not number one – for racing enthusiasts. It's not every day a V10 F1 Ferrari comes up for sale, never mind one driven by Schumacher. Enter duPont Registry, which is selling this 1998 F300 with some impressive racing history to its credit for a cool $4.9 million.

According to the listing, this particular F300 was driven by Schumacher to second place in the 1998 Luxemburg Grand Prix at the Nurburgring. F1 fans will recall that Schumacher took the pole position in qualifying for that race, battling Mika Häkkinen who qualified third in his McLaren-Mercedes. Häkkinen would take the win, setting up a dramatic battle for the 1998 championship at Suzuka in the Japanese Grand Prix. This same car was driven by Schumacher there, where he once again secured the pole. However, a tire failure after hitting debris took him out of the race, giving the win and the 1998 F1 World Championship to Häkkinen.

Details on the car as it currently sits aren't provided. In race trim, the F300 ran Ferrari's 047D 3.0-liter V10 engine, developing around 800 horsepower north of 17,000 rpm. It was early in Ferrari's V10 era, but this became the foundation for Ferrari and Schumacher to absolutely dominate Formula 1 through the first half of the 2000s. Schumacher won five consecutive championships with Ferrari from 2000 through 2004, followed by a third-place finish in 2005 to end the V10 era. In 2006, engines switched to a 2.4-liter V8.

More Cool Cars You Can Buy:

Any Ferrari F1 car is something special. Finding one driven by Schumacher certainly adds to the appeal. See this vehicle listing at duPont Registry for more information.