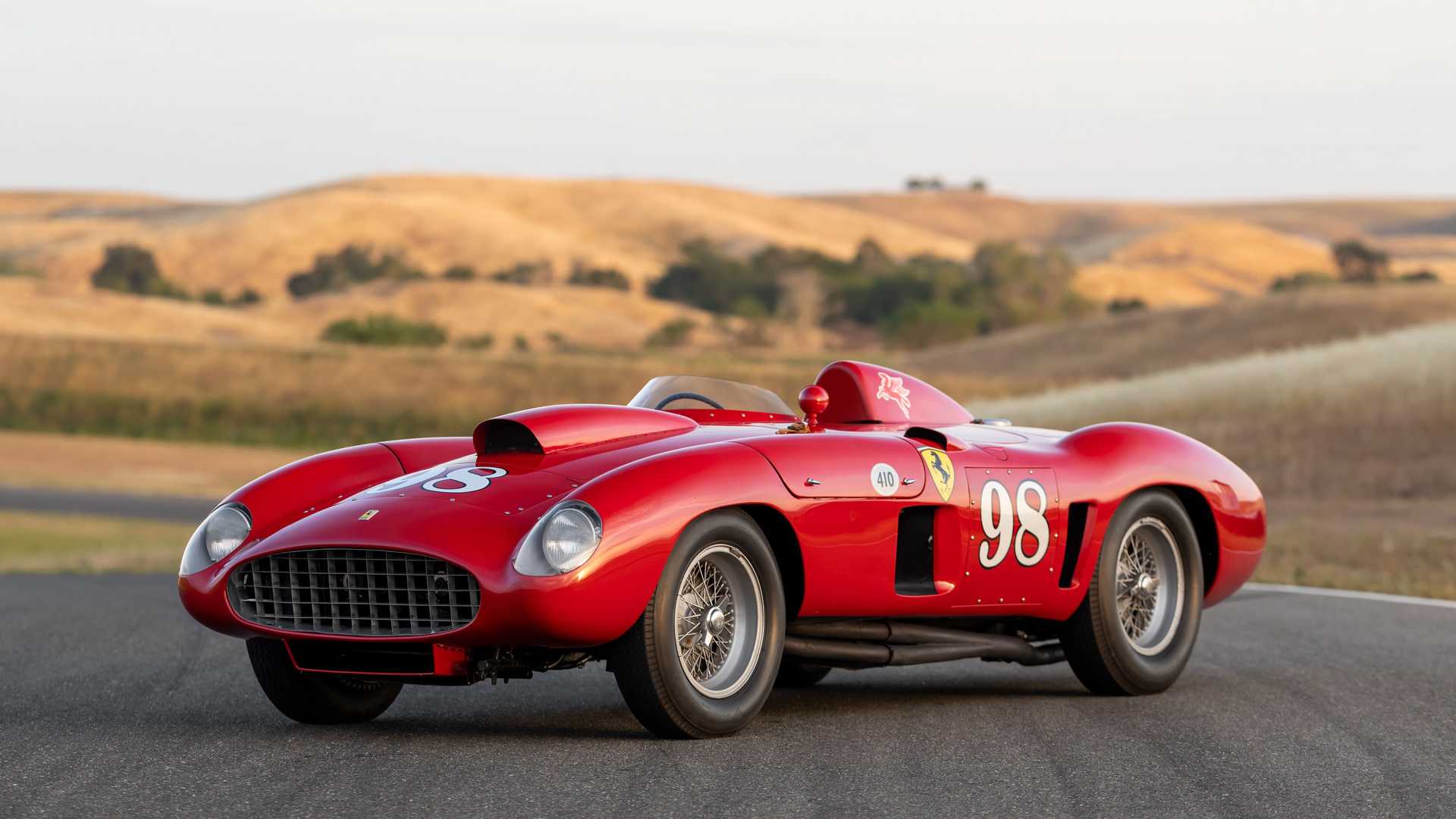 Carroll Shelby won more races in this specific car than any other he drove.

In addition to the car shows and vehicle debuts, the auctions are a major part of the draw to Monterey Car Week. All the sales are now over, and a 1955 Ferrari 410 Sport Spider by Scaglietti is the highest-selling lot this year. The hammer fell at $22,005,000.

As the sale price suggests, this is a very special Ferrari. Carroll Shelby won more races in this car than any other vehicle in his driving career. He tallied eight victories and 10 podiums in this 410 Sport Spider.

For an even closer Shelby connection, the auction includes the trophy from his first win in the car in 1956 and his final victory in 1958. The original 1957 Nassau racing license plate comes with the machine, too.

Ferrari originally built this car as one of two special vehicles to compete in the 1955 Carrera Panamericana. Sergio Scaglietti designed the body and also formed the panels. Power came from a 4.9-liter V12, which was the largest engine that Ferrari built up to that point. To maximize the output, the mill had two spark plugs per cylinder. Plus, there were three twin-choke Weber 46 DCF carburetors. The total output was around 400 horsepower.

The organizers canceled the Carrera Panamericana in 1955 because of the fatal crash that killed 83 spectators at that year's 24 Hours of Le Mans. Instead, this car made its competition debut at the 1956 1,000 Kilometers of Buenos Aires in January 1956 with Juan Manual Fangio and Eugenio Castellotti as the driving team.

Then, team principal John Edgar bought the car to campaign it as a privateer in the United States. He put Carroll Shelby in the Ferrari who won his first race at the wheel at the Seafair event in Bremerton, Washington.

From 1956 to 1958, this car competed in almost 40 races, including 11 victories and 19 total finishes. After that, it often showed up at events for historic Ferraris, including the Goodwood Festival of Speed and Pebble Beach Concours d'Elegance.

In 2006, Carroll Shelby saw the car again at the Fabulous Fifties Concours in Gardena, California. There, he inscribed the fuel tank with the message: "Mr. Ferrari told me that this was the best Ferrari he ever built." That message is still on the car today.