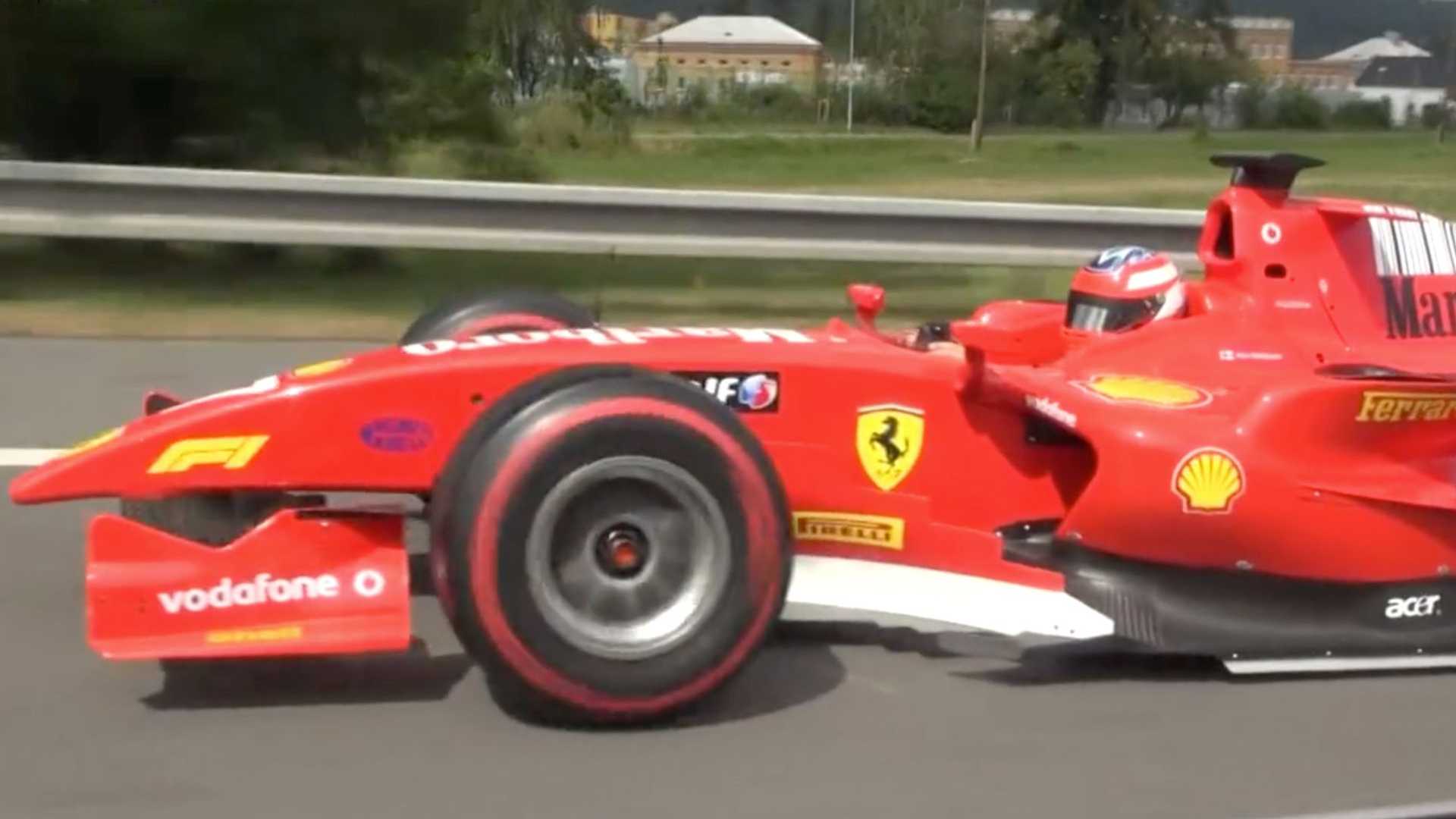 The driver risks getting banned from the road and tens of thousands of dollars in total fine.

Formula 1 is back in the Czech Republic, and no we're not talking about a Grand Prix schedule in the nation located in Central Europe – something that has never happened before.

We're talking about the infamous Formula 1 car that's being driven on public roads. A few years ago, a red Ferrari F1 car was seen coasting on the D4 highway between Příbram and Dobříš.

The Czech police asked for help then to track down the driver, which they did. The 45-year-old suspect escaped the penalties since he wasn't clearly identified, thanks to the helmet he was wearing. The penalties would have involved getting banned from using the thoroughfare for up to one year, plus tens of thousands of dollars in total fines.

Those penalties appear to have no effect on the offender as he's back on the road again. This time, he was captured on an up-close video by one of the readers of iDNES, embedded atop this page.

Based on the pointed nose, front wing shape, and the shape of the engine air inlets, the Ferrari F1 car seems to be an F2004, which was used by F1 superstar Michael Schumacher during the motorsport's 2004 season. It's also carrying the number 7, which we think is a tribute to Schumi's seven world titles – the latest was achieved in 2004 using the F2004.

It goes without saying that Formula 1 cars are not road-legal. These specialized machines do not meet standard roadworthy specs and are only allowed to be driven on race tracks and closed circuits. The closest thing to a Formula 1 for the road is the Mercedes-AMG One.

Whoever the driver was, he sure was brave enough to get out in the open again. And yes, he's still wearing a helmet, concealing his identity.