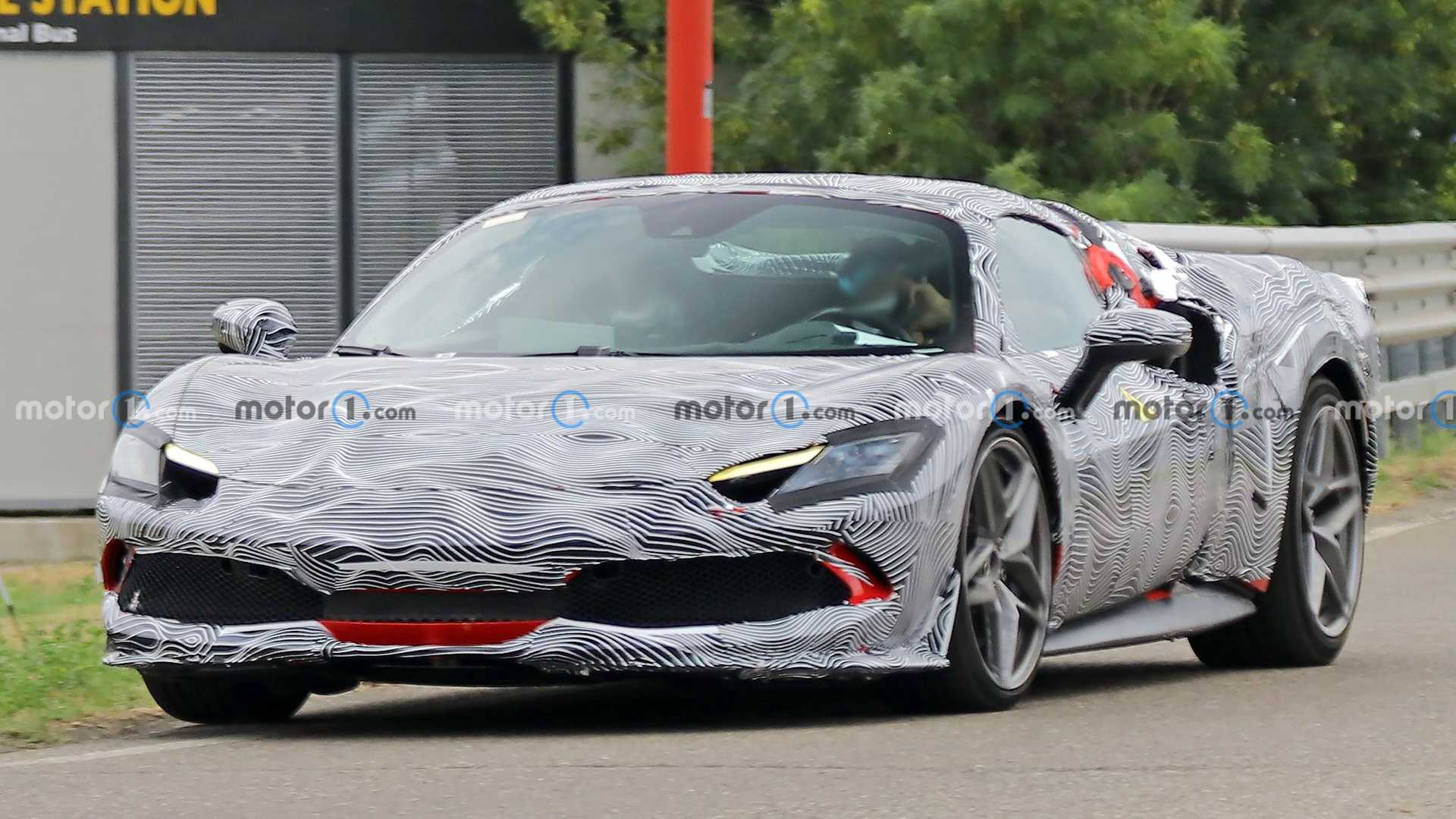 It’s been a bit over a month since Ferrari introduced the 296 GTB, and new spy shots show that the company is already working on developing its open-air variant. The latest batch of pics makes it quite obvious that this Ferrari’s roof is removable, as the lines in the camouflage cladding are clearly visible.

Ferrari camouflaged most of the car even though the styling is not expected to change. That is also true for what lies underneath the sheet metal. The 296 GTS is expected to use the same plug-in hybrid powertrain as the fixed-roof 296 GTB. In the GTB, Ferrari paired a 3.0-liter twin-turbocharged V6 with an electric motor. The car’s combined output is 818 horsepower (610 kilowatts) and 546 pound-feet (740 Newton-meters) of torque. It can hit 62 miles per hour (100 kilometers per hour) in 2.9 seconds, and the spider variant should achieve a similar, though marginally slower, time.

The removable roof may add a bit of weight that could slow the supercar, though it wouldn’t be noticeable in the driver’s seat to most people. The cabin is another area of the car that’s not expected to change for the GTS except for the addition of the removable roof and its hardware. A driver-focused dashboard, a slim center console, and sleek styling throughout will greet its passengers.

We should not have to wait long for Ferrari to reveal the 296 GTS. The company could debut it as soon as this year, though it’ll be toward the end of 2021. Ferrari may even hold its introduction at the beginning of 2022. Either way, that’s not that far in the future, and soon Ferrari’s lineup will expand yet again. Ferrari tried to hide the 296 GTS Spider as best it could, but there’s no hiding the removable roof.