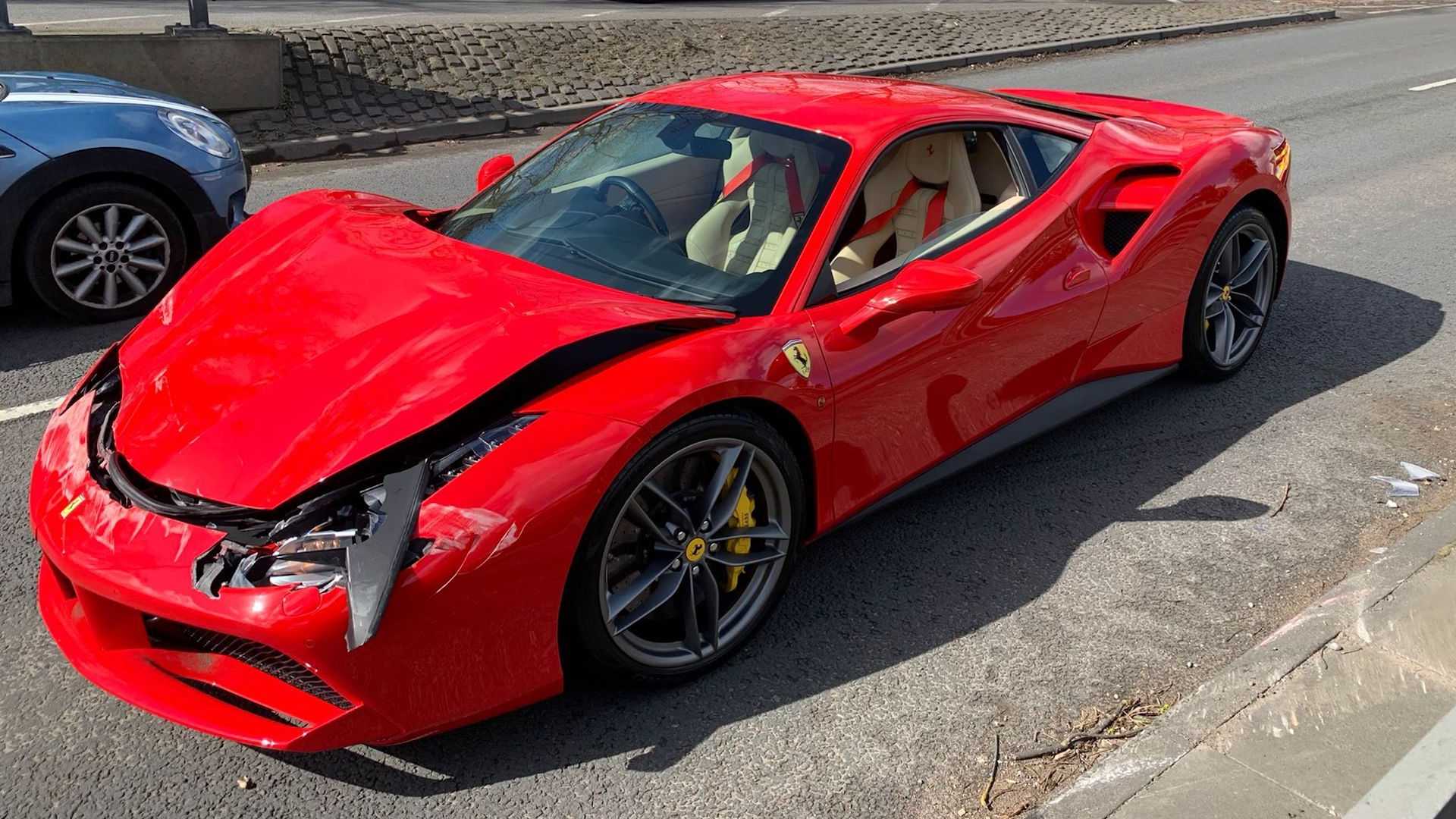 No injuries were reported, except maybe for the owner's feelings.

The first of April is the time for gags and jokes, but UK's policing unit in Derby isn't kidding with a news it shared recently.

A Ferrari 488 has crashed after leaving the dealership on April 1. According to Derbyshire Roads Policing Unit's Twitter account, the driver of the supercar bought the 488 in the morning. After just 2 miles (3.2 kilometers), the Ferrari crashed.

There were no injuries reported among the parties involved. As you can see in the social media post, the 488 is seen with a mangled front end.

Derby. 1st April. Driver bought a Ferrari this morning and crashed it after driving it less than 2 miles. No injuries. #DriveToArrive pic.twitter.com/X4IMuflPa5

We're not entirely sure what happened here since the Ferrari 488 is isolated in the images. But looking closely at the car, it looks as if only the upper part of the nose was damaged, including the hood and areas surrounding the headlights. It's as if the 488 went underneath something, like maybe a truck or an SUV.

Good thing nobody wasn't hurt with this accident, except maybe for the feelings of the new Ferrari owner. The 488 costs around £150,000 to £300,000 (~$196,724 to $393,450), depending on the mileage, so this wasn't exactly a cheap buy. We're hoping that the owner's insurance covers this and that it was already taken care of before the owner drove off the dealership.

This isn't the first time we've seen a supercar crashing after just leaving a dealership, like this rented Ferrari 458 in China. It's a common occurrence, especially if the driver didn't have any prior experience with a supercar.

That said, let this crash be reminder that supercars are called "super" for a reason. They possess a lot of power that not everyone can handle, hence anyone – whether you're a newbie or a seasoned driver – should respect the machine. Whether it's a prancing horse or a raging bull, or any high-powered car, a little caution should go a long way.