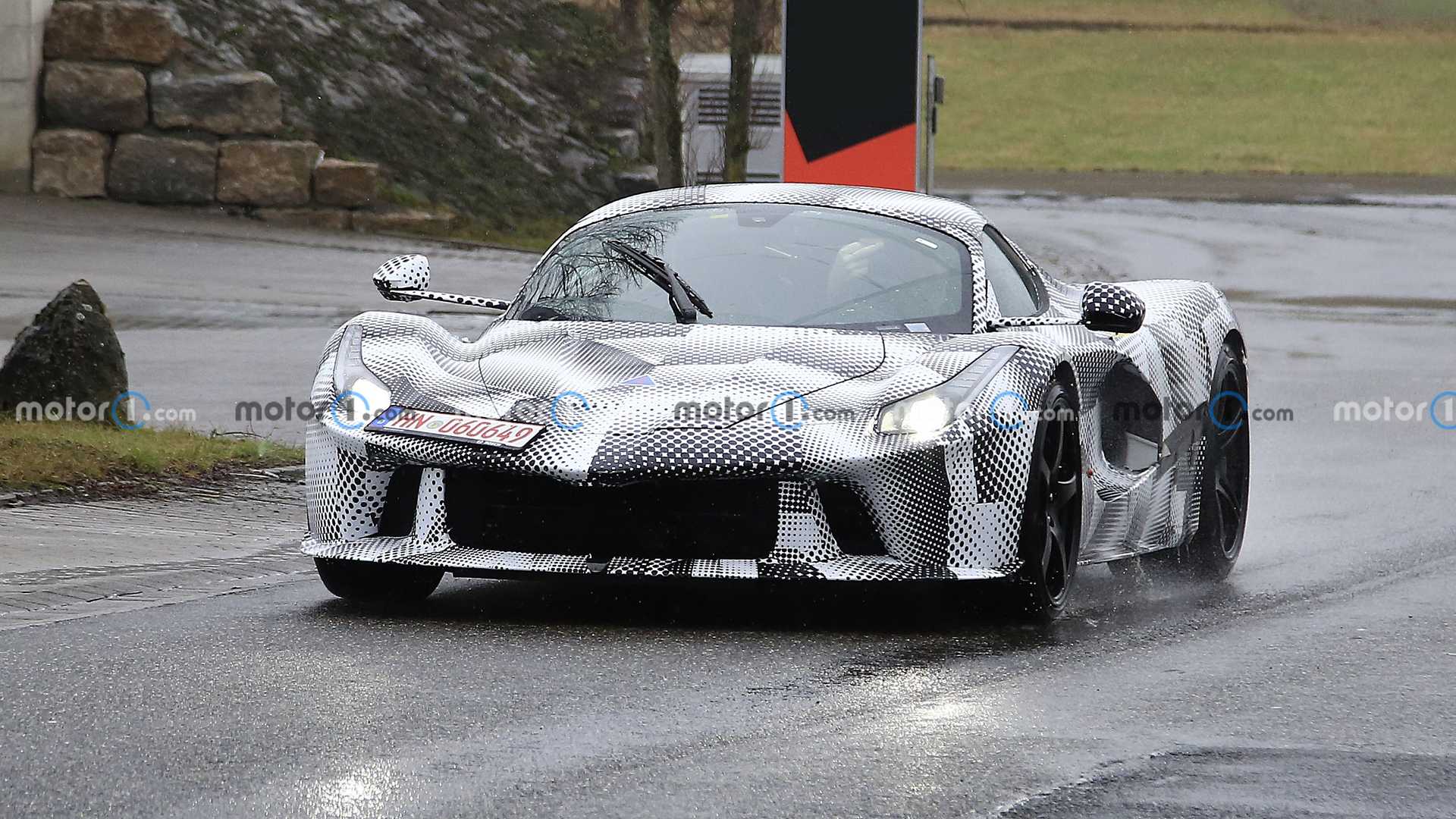 An early look at Maranello's next flagship.

Hypercars don’t follow the industry norm when it comes to life cycles, meaning a new generation isn’t introduced every 7-8 years. Case in point, the LaFerrari was launched about ten years after the Enzo, and it’s likely going to take even longer with the new flagship Prancing Horse. The last mid-engined V12 Ferrari is approaching its tenth anniversary, and it will be a while before it’s going to get a direct successor.

Our spies have now stumbled upon an early test mule of the LaFerrari replacement, caught on public roads while being tested by a company supplier. It might look like a fairly standard Aperta version of Maranello’s crown jewel, but there are actually quite a few changes if you look closer. Perhaps the most obvious is the lack of centerlock wheels, replaced by a conventional set of alloys with five lug nuts.

Moving at the front, the bumper is slightly modified as the air intakes have a different shape and size, while the hood's central vent is missing in action. As for the side profile, the air intakes feeding air to the V12 are also substantially different and adopt a more angular design. At the back, the fog light and central pillar where the badge rests on the LaFerrari are missing and the quad exhausts are pointed upwards.

Eagle-eyed readers will also notice the engine cover no longer extends towards the rear as it's now much shorter, meaning the twelve-cylinder behemoth remains mostly hidden. That could obviously change since we're expecting most of the body panels to be replaced once Ferrari will commence testing of prototypes carrying the final production body. 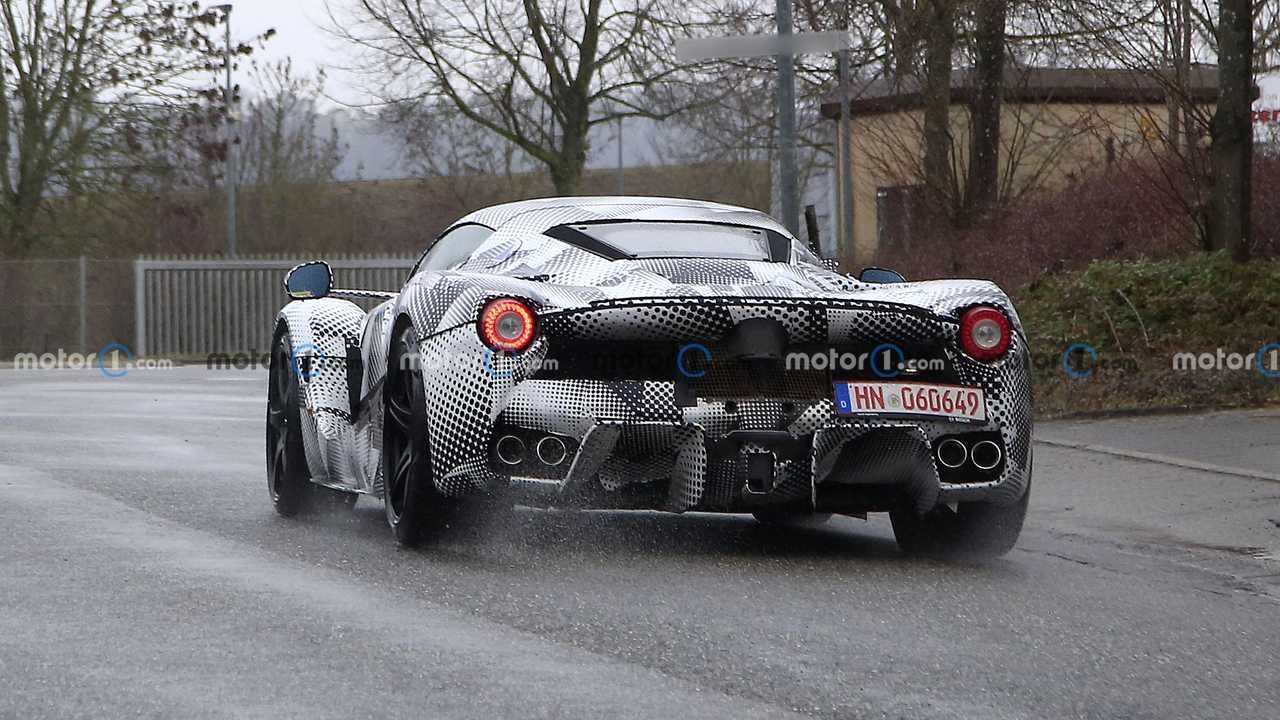 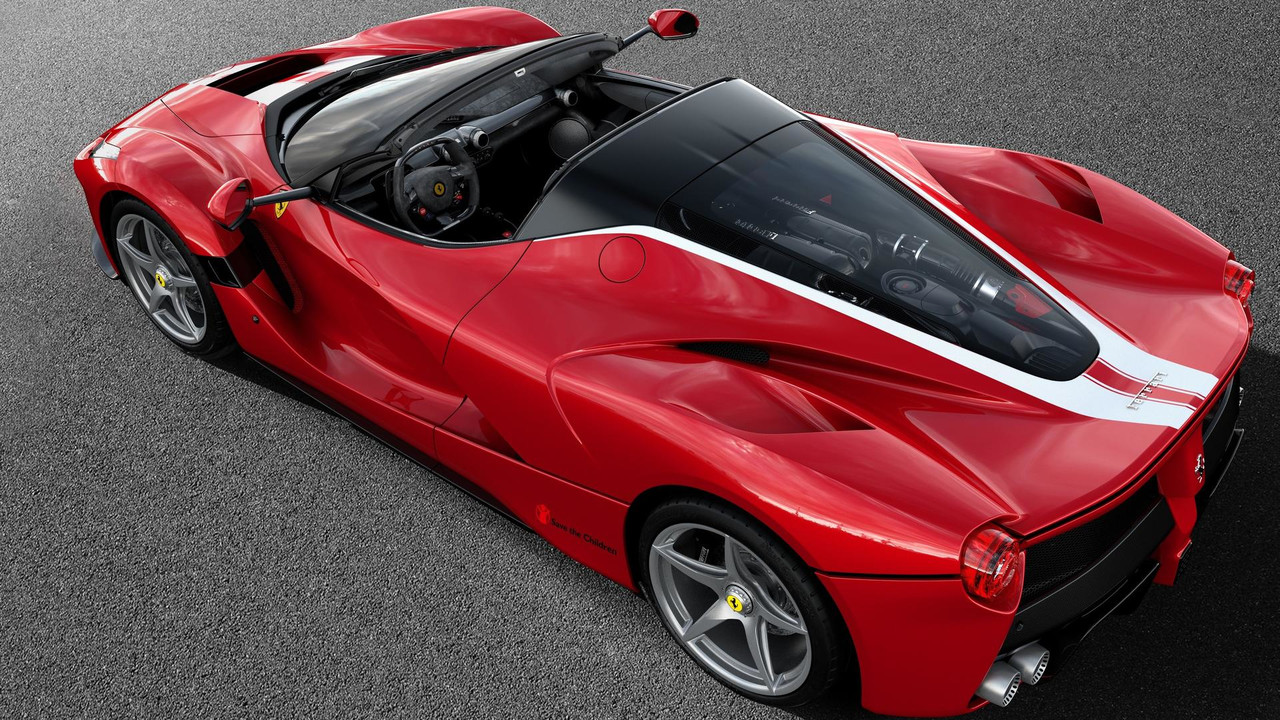 It's unclear whether the LaFerrari successor will be related in some way to Ferrari's recently announced Le Mans hypercar entry for 2023, but it would make sense for some of the race car's tech to be adopted by the road version. For what it's worth, the stickers seen on this test mule reveal it will boast a hybrid powertrain. Corroborated with the promise made by the Italians to keep the V12 alive despite stringent emissions regulations, we have a rough idea of the powertrain solution the new top-tier model is going to adopt.

It seems highly unlikely Ferrari will unveil its new hypercar this year considering we've only seen test mules so far. Our money is on a late 2022 or early 2023 reveal when the LaFerrari replacement will join an increasingly bigger lineup, which will include the Purosangue SUV and a hybrid V6 supercar. Meanwhile, a hotter 812 Superfast will be revealed later this year, possibly serving as the firm's last model to have a front-mounted naturally aspirated V12 before electrification takes over.

Have You Seen The Previous Spy Shots?