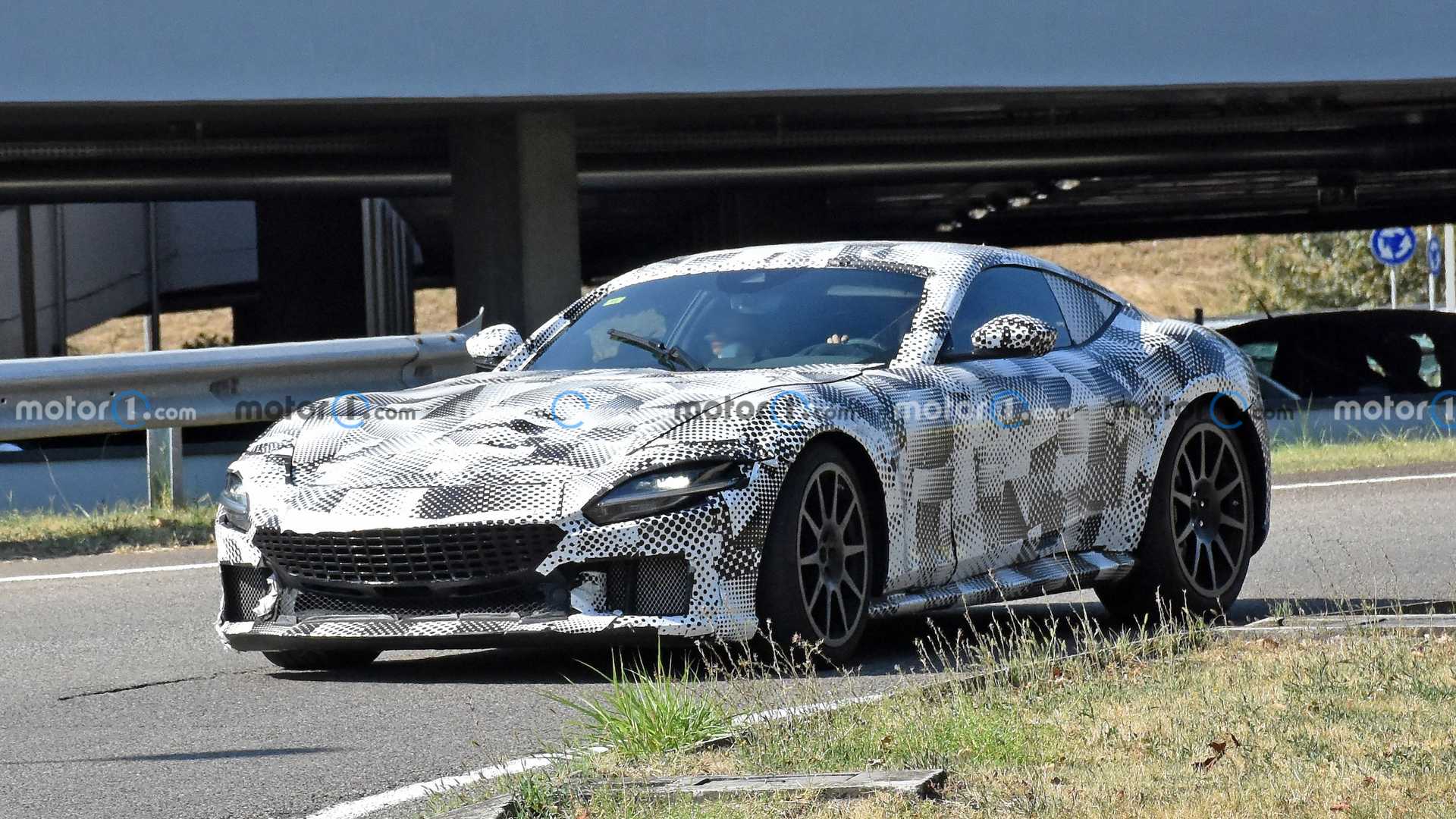 Ferrari is working on the 812’s successor. It likely won’t debut until late this year or early next, but a new spy video reveals that the supercar’s development continues. The new spy video doesn’t reveal any new details, but it does show the car sliding around the Fiorano race track in Italy while also capturing the car’s throaty exhaust note.

The video shows Ferrari continuing to hide the car underneath a modified Roma body that’s also wrapped in camouflage. One can never be too safe. It looks like the twin-turbocharged V8 supercar at first glance, but a closer inspection reveals the test vehicle sporting wider wheel arches and a redesigned front bumper with extra intakes to improve its cooling capabilities.

The Ferrari isn’t flying around Fiorano at full tilt. However, it does appear as if the test driver is having some fun behind the wheel, powersliding the supercar around the track’s numerous corners. They’re low-speed slides, but they still look fun.

We know little about the new V12 powertrain. The 6.5-liter naturally aspirated V12 that powers the 812 Competizione produces a bonkers 830 horsepower (618 kilowatts) and 510 pound-feet (692 Newton-meters) of torque, and the automaker already revealed that it’s working on a more potent version. However, the automaker did not disclose what model the engine could power. It seems ripe to power the 812 successor, but the automaker is also working on a LaFerrari replacement.

Check Out The Other Spy Shots

Most automakers are sprinting toward electrifying their lineups. That will happen at Ferrari, with the automaker’s first EV slated to arrive in 2025. However, the ionic brand will continue building combustion engines for as long as possible, including at least one more new generation of the glorious V12.

Ferrari hides the next-gen car underneath a modified Roma body, indicating that it is still in the early stages of its development cycle. With the new year officially here, we should see the Ferrari gain its production body before 2024 arrives. It might even debut this year, but even if that happens, we still don’t expect it to go on sale until 2024.