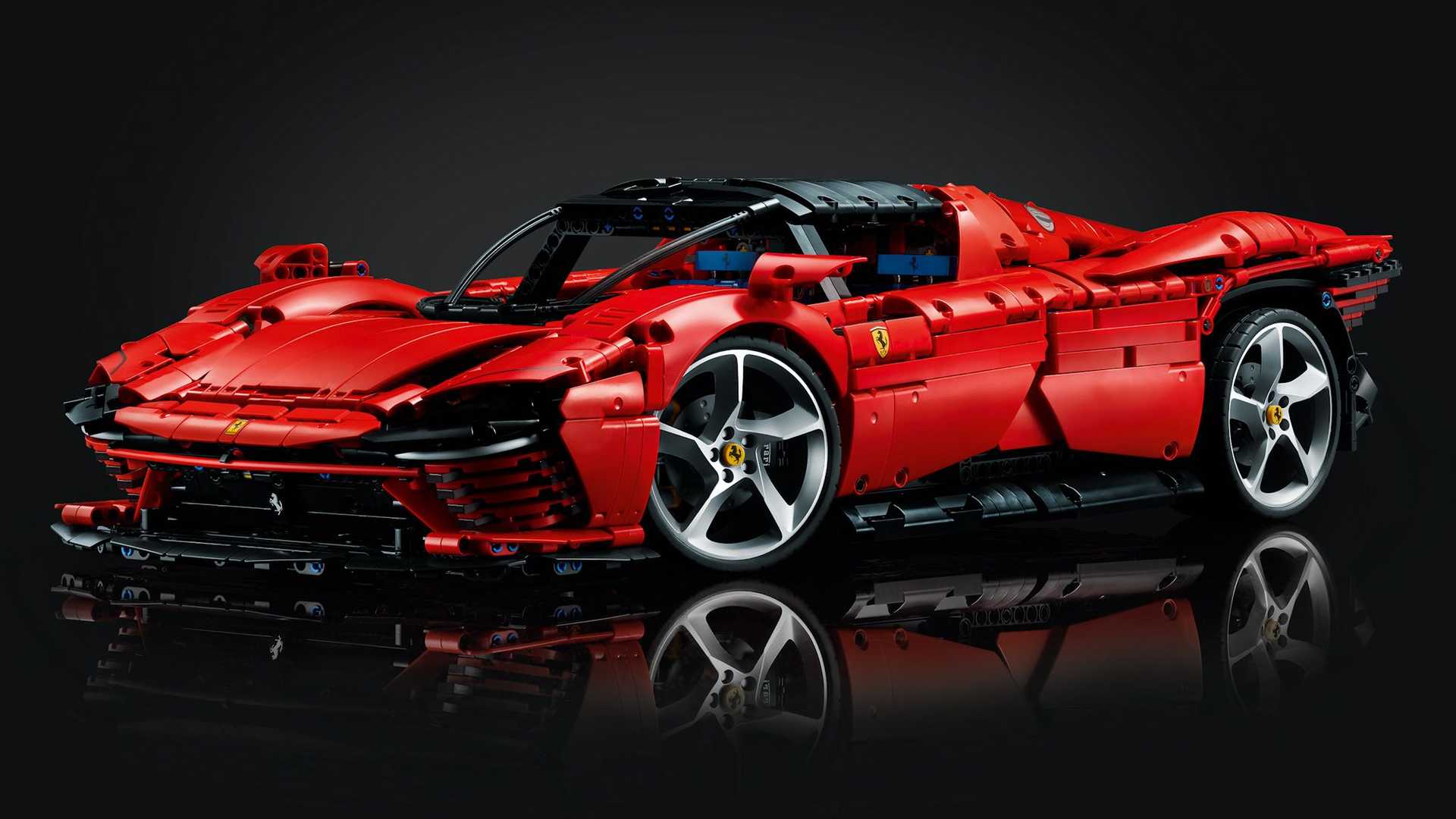 Lego is also publishing a limited-run book about its collaboration with Ferrari on designing the kit.

The newest Lego Technic kit miniaturizes one of Ferrari’s more recent debuts – the Daytona SP3. It joined Ferrari’s Icona series of cars last November. The new Lego model goes on sale on June 1, and the two companies are commemorating its launch with a limited-run coffee table style book chronicling the pair’s collaboration on the kit. Lego plans to print just 5,000 copies of the book.

The Lego Ferrari includes a working 8-speed sequential gearbox and a V12 engine with moving pistons, but that’s not all. Builders will also assemble the fully working wishbone suspension, including detailed brake discs and working springs.

The working butterfly doors open up to a meticulously recreated interior, down to the Ferrari logo on the steering wheel. The car sports detailed silver-lacquered wheels with Ferrari center caps on the outside. “No detail has been overlooked,” said Niels B. Christiansen, Lego Group CEO. “I’m blown away by the attention to detail and precision of the model at such a small scale,” he added.

The kit goes on sale on June 1 at Lego Stores globally before rolling out to more retailers on August 1. It’ll cost $399.99, and Lego recommends the kit for people ages 18 and over. The book, “Lego Technic Ferrari Daytona SP3: The Sense of Perfection,” also goes on sale on June 1 for $79.99. The limited-run book dives deep into the process of conceptualizing, designing, and producing the model.

The Lego Technic kit will be much easier to own than the actual Daytona SP3. Ferrari is building just 599 supercars. The Daytona is Ferrari’s most aerodynamically efficient model ever, which also pumps out 828 horsepower (617 kilowatts) and 514 pound-feet (697 Newton-meters) of torque from its 6.5-liter V12 that came from the 812 Competizione. The Lego kit is also cheaper, by a lot.