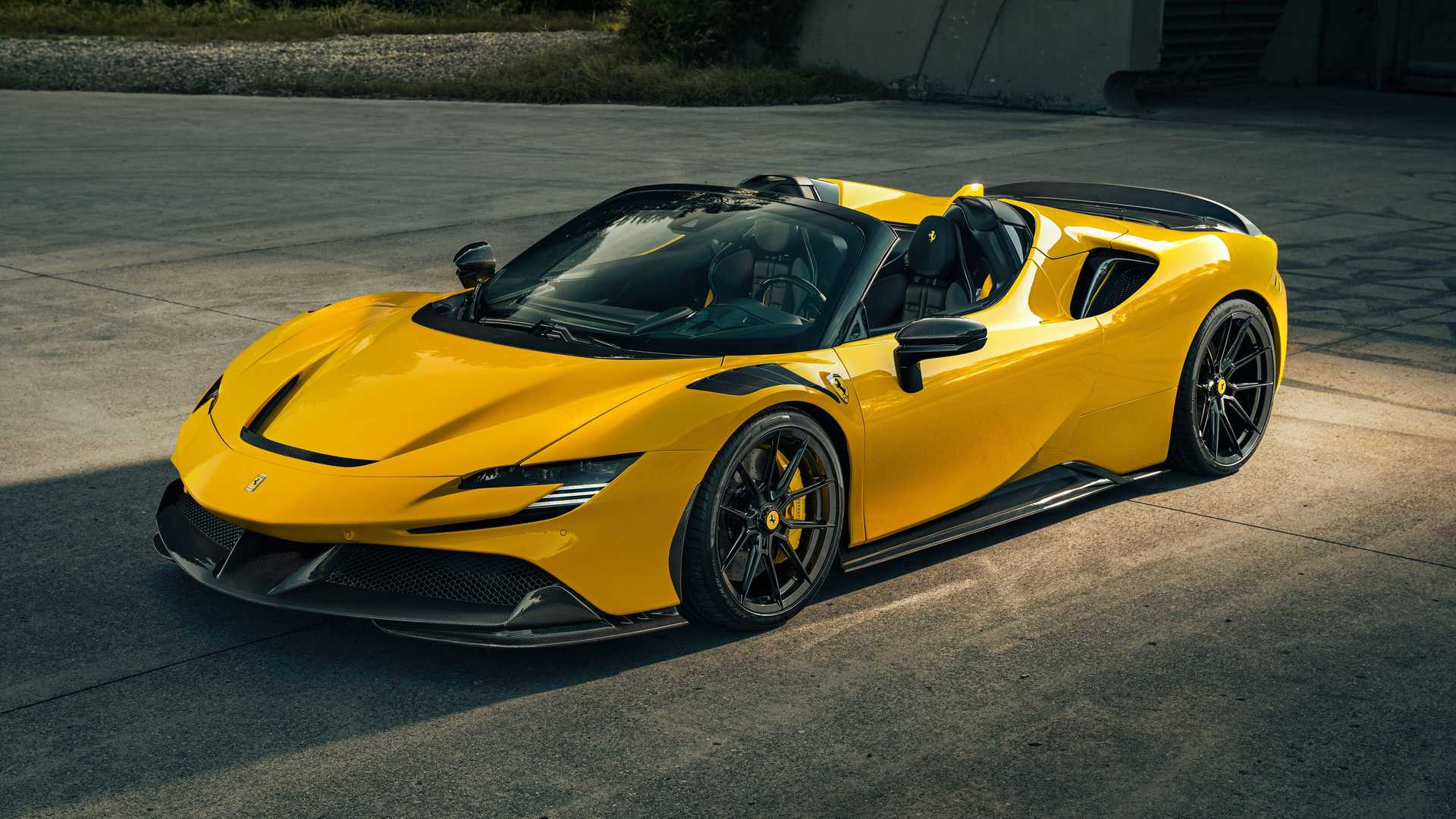 To a certain extent, the Ferrari SF90 Spider plays in a league of its own. The open-top plug-in hybrid supercar is unmatched in terms of power and performance and it’s probably safe to say it’s currently one of the fastest and most exciting convertibles money can buy. For some customers, though, the stock levels of power are not enough and that’s where Novitec comes to help with some added oomph.

The new exhaust system can be bought with or without an electronic sound management system with active control valves in the pipes. Novitec says the focus on the exhaust system falls on performance and providing “a thrilling exhaust note.” As an optional touch, there are 112-millimeter upgraded tailpipes with carbon inserts as visual enhancements.

Speaking of visual upgrades, Novitec offers a carbon fiber aerodynamic body kit, which includes a new center spoiler with detachable side sections on the front fascia. There’s another spoiler at the back and a diffuser integrated into the rear fascia. These components not only give the SF90 Spider a more aggressive look but also help it generate more downforce at high speeds for improved stability and handling. The supercar also rides on new 21-inch Vossen wheels with 255/30 front and 325/25 rear tires.

As far as the interior is concerned, Novitec says that anything a customer wants can be achieved. For the SF90 Spider, the tuning company offers a new selection of Alcantara leather in "virtually any color."