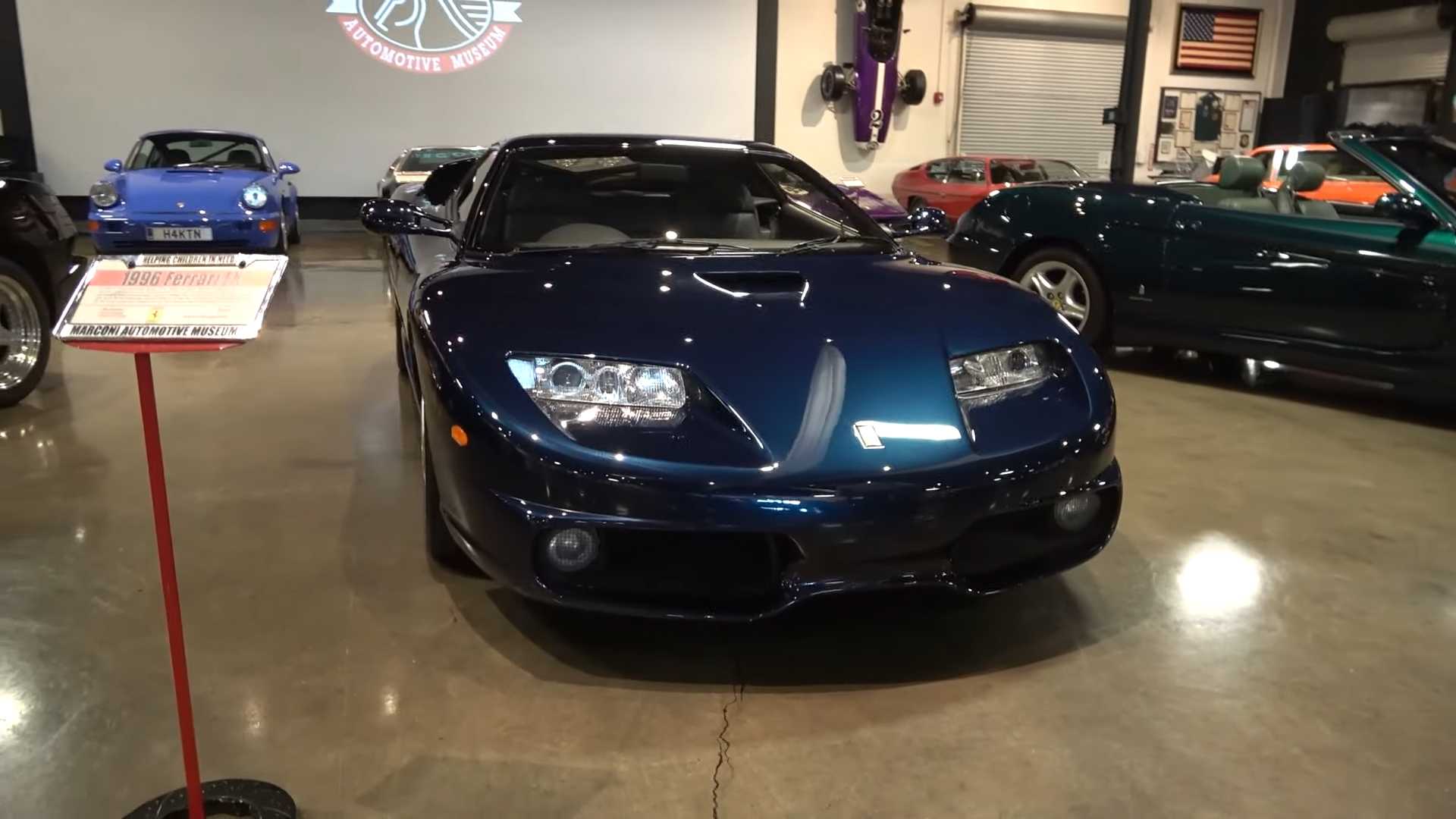 Based on the 512M, it was part of the Sultan of Brunei's collection and is one of just six built.

You've likely heard of the Ferrari FXX and the more recent FXX-K, but what about the FX? It's not a track-only racer based on a Ferrari hypercar, but rather, a street-legal machine with Testarossa DNA. And with a total production of just six, you've probably never seen one. Until now.

We owe this glimpse into Ferrari history to Shmee150, who recently visited the Marconi Auto Museum in California. The FX is part of an incredible collection of exotics, classics, and race cars valued at $60 million, all donated by Dick and John Marconi to form a nonprofit for children. In addition to displaying some properly fantastic vehicles, the museum hosts special events and donates a portion of its proceeds to charities.

It's not easy to steal attention away from a Ferrari F50, Ayrton Senna's Formula 1 car, or the original Keaton-era Batmobile, but the FX succeeds in doing just that. It's actually one of three vehicles in the museum formerly part of the infamous Sultan of Brunei collection, joining a Cizeta V16 and a Ferrari 456 Spyder that's extremely rare in its own right. But the 1996 Ferrari FX is truly something special to see.

Commissioned specifically for the Sultan of Brunei, a Ferrari 512M supplies the bones for this car. That also means a 4.9-liter flat-12 engine holds station behind the driver, but it's not connected to a gated manual transmission. Instead, you'll find a racing-derived paddle-shift gearbox engineered by Williams, installed upon request to give the FX a semi-automatic driving experience. This predates Ferrari's F1 gearbox by a couple of years.

As for what you can see, the body is carbon fiber and follows a general 512/Testarossa theme given the chassis. It's designed by Pininfarina, featuring a very large NACA duct in the hood and prominent side vents behind the windows, eliminating the Testarossa's straked lower side intakes. There's more carbon fiber under the enormous engine cover in the form of intake tubes, designed to feed the 12-pot. In many ways, it's a supercar well ahead of its time.

The fate of the other five cars is unknown. All were created for the Brunei family, but we're grateful to see at least one alive and well and on display for enthusiasts to appreciate. For more classic and rare automotive content, check out the Rambling About Cars podcast, available below.