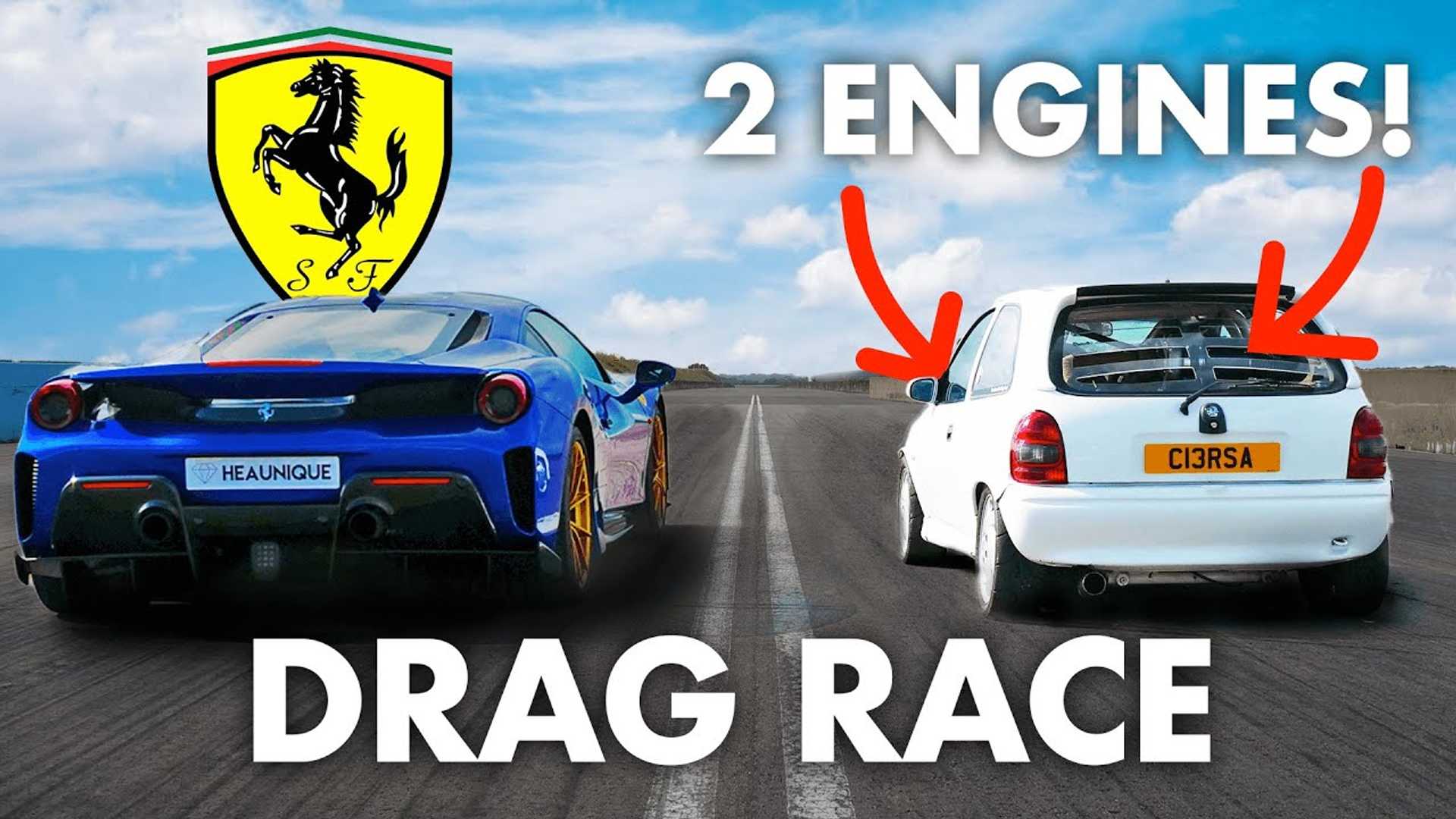 A sleeper death trap struggling with traction, but we love it nonetheless.

With a naturally aspirated 1.6-liter gasoline engine pumping out 107 horsepower back in the 1990s, the Opel Corsa B in its sporty GSi guise can't hold a candle to the mighty Ferrari 488 Pista. However, this seemingly stock (well, if we exclude the roll cage, vented rear window and other bits) German supermini is a wolf in sheep's clothing by packing two 2.0-liter, four-cylinder engines – one at the back and another one at the rear.

Featuring a colossal 1,200 horsepower and 1,300 Newton-meters (959 pound-feet) of torque, the old Corsa must be a real hoot to drive considering it only weighs about 1,250 kilograms (2,756 pounds). Perhaps "hoot" is not the most accurate word since the supermini has to be downright dangerous to drive given its lack of anti-lock brakes or traction control.

Adam bought it many moons ago and paid only £300 before investing a whopping £50,000 (nearly $69,000 in today's money) over the course of 10 years to turn the Corsa B into a twin-engined monster. Lining it up against a Pista takes courage, especially since the subcompact hatchback has a manual five-speed gearbox, obviously with no launch control.

As you would expect from such a build, traction is the Achilles' heel, but once it manages to deliver all that power to the road, the Corsa B is an absolute rocket. The onboard footage shows how impressively raw the über hatch is, and while it lost the drag race, it managed to beat the Pista with its "only one engine" in the subsequent rolling race.

The Pista Is No Stranger To Drag Racing:

The third duel consisted of a brake test, and we don't have to tell you which car won. Adam slammed so hard on the brakes that his Corsa's sunroof closed. The final comparison was a moose test, but without power steering and few suspension mods, the little Opel had no chance to beat the nimbleness we associate with modern Ferraris.