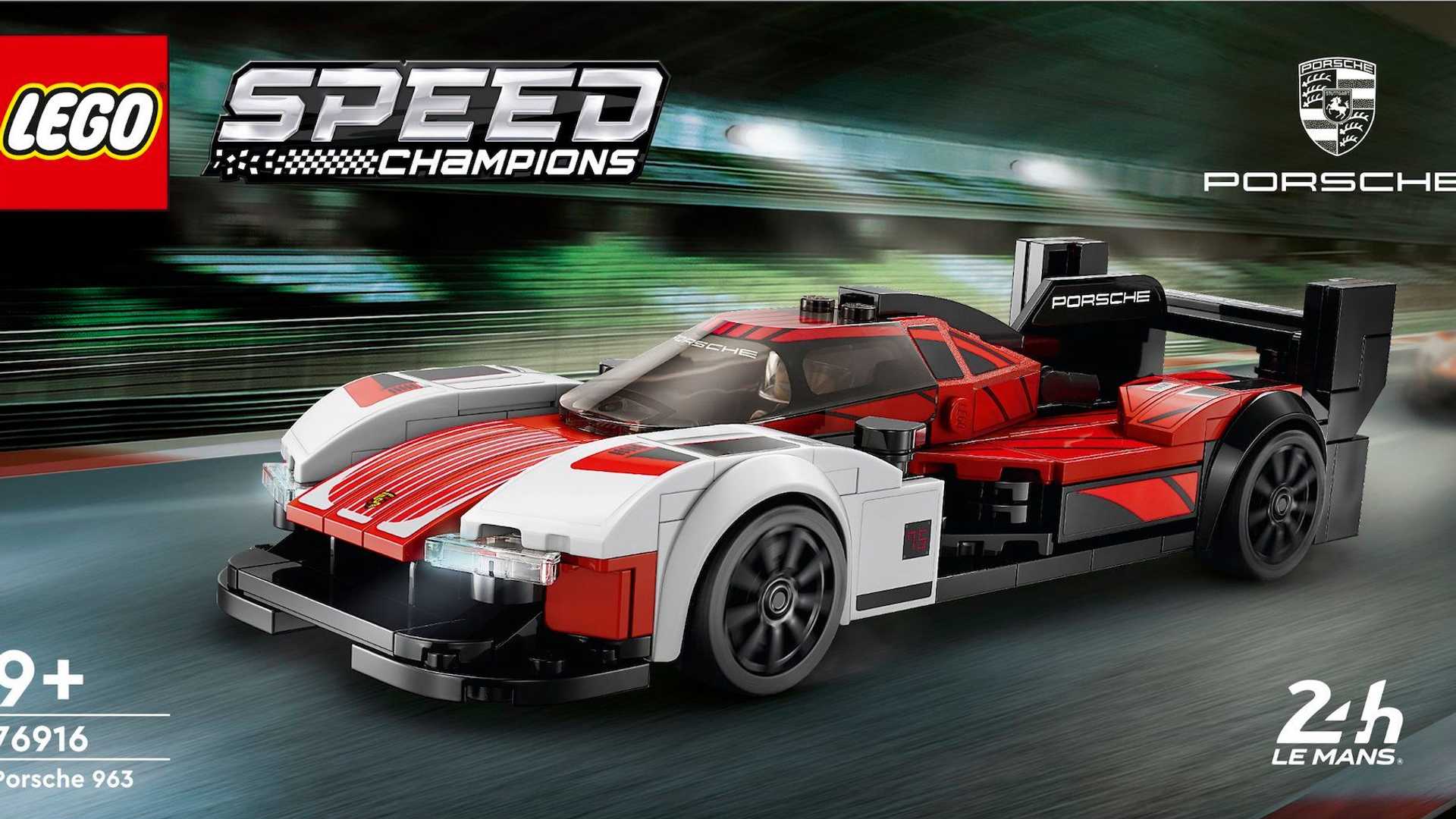 The new sets for 2023 include a double pack for two McLaren Ultimate Series supercars.

Four new building sets of Lego Speed Champions for 2023 have been announced. The additions include three single packs and one double pack but most importantly, one Italian supercar marque joins the list of high-powered cars getting a brick replica from the Danish company.

For the first time ever, Pagani partners with Lego to bring a Speed Champions set of the Utopia – the third model to join Pagani's exotic lineup. The 852-horsepower supercar was revealed in September 2022 and was developed under the codename C10. The 2023 Lego Speed Champions Pagai Utopia set comes with a Minifigure wearing a Pagani-branded racing suit.

Also new in the 2023 Lego Speed Champions lineup is the Porsche 963 LMDh – the newest race car that drew inspiration from the 956 and 962 of the '80s Porsche racing. It was revealed this year at the Goodwood Festival of Speed and will be having its racing debut this month at the Rolex 24 Hours of Daytona.

The Ferrari 812 Competizione has been added to the Lego Speed Champions lineup for 2023. The Italian supercar, which was revealed in 2021, is powered by Ferrari's legendary and award-winning V12 mill. It revs up to 9,500 rpm, making it the highest-revving Ferrari road car ever.

The last new addition announced for the 2023 Lego Speed Champions is likewise as special as the first three. For the first time, two McLaren Ultimate Series supercars are now available in Lego form and can be bought in a double-pack set, namely the classic F1 LM from the 1990s and the latest single-seat, track-only McLaren Solus GT.

The new 2023 Lego Speed Champions sets are to be released in March. The single-car sets are said to carry a price tag of $24.99, while the double-pack sets are priced at $44.99.