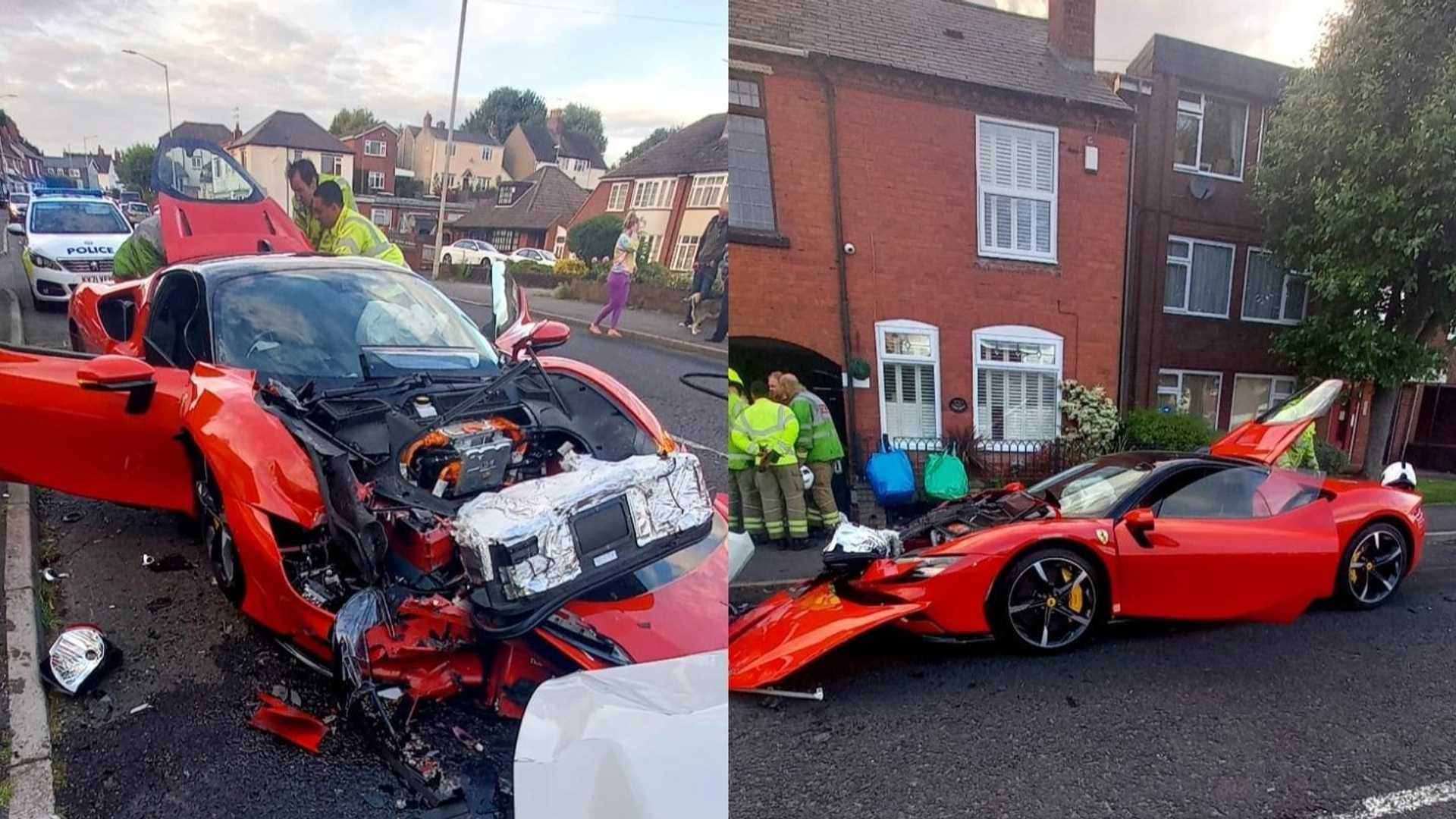 Having an extremely powerful car is both a blessing and a curse because although the excitement is through the roof, a small mistake can prove to be extremely costly. With 986 hp on tap, the SF90 Stradale is Ferrari's most potent road car ever and always eager to deliver neck-snapping acceleration. It takes an experienced driver to handle the wild Prancing Horse, and it’s safe to say the man we see in the footage below isn’t.

He gave Maranello's PHEV an impromptu facelift by smashing into no fewer than five parked cars on the side of the street in Halesowen, near Birmingham in the UK. To make matters worse, he decided to flee the scene. We can see him getting out of the car through the window after being unable to open the door. West Midlands Police are currently on the hunt as the driver has yet to turn himself in.

Thankfully, no injuries have been reported and the driver seemed to be ok despite plowing headfirst into the unsuspecting parked cars. It's unclear whether the Ferrari belonged to him, or it was a rental, but we do know it has since been seized by the authorities. West Midlands Police spokesperson told Daily Mail:

"Officers attended and found the vehicle had been abandoned and no injuries were reported to us. We made a search of the area and spoke to a number of witnesses but were unable to locate the driver. The car has been seized and our work to identify and trace the driver continues."

We're a bit surprised it's taking so long to identify the driver considering SF90 Stradales are not what we'd call a common car. In addition, the driver's face has been captured on camera and the police have been in contact with several witnesses. As for the car, it remains to be seen whether it will be back on the road since Ferraris tend to be rather delicate and absurdly expensive to fix, so don't be too surprised if it'll be written off.

The SF90 Is No Stranger To Accidents: