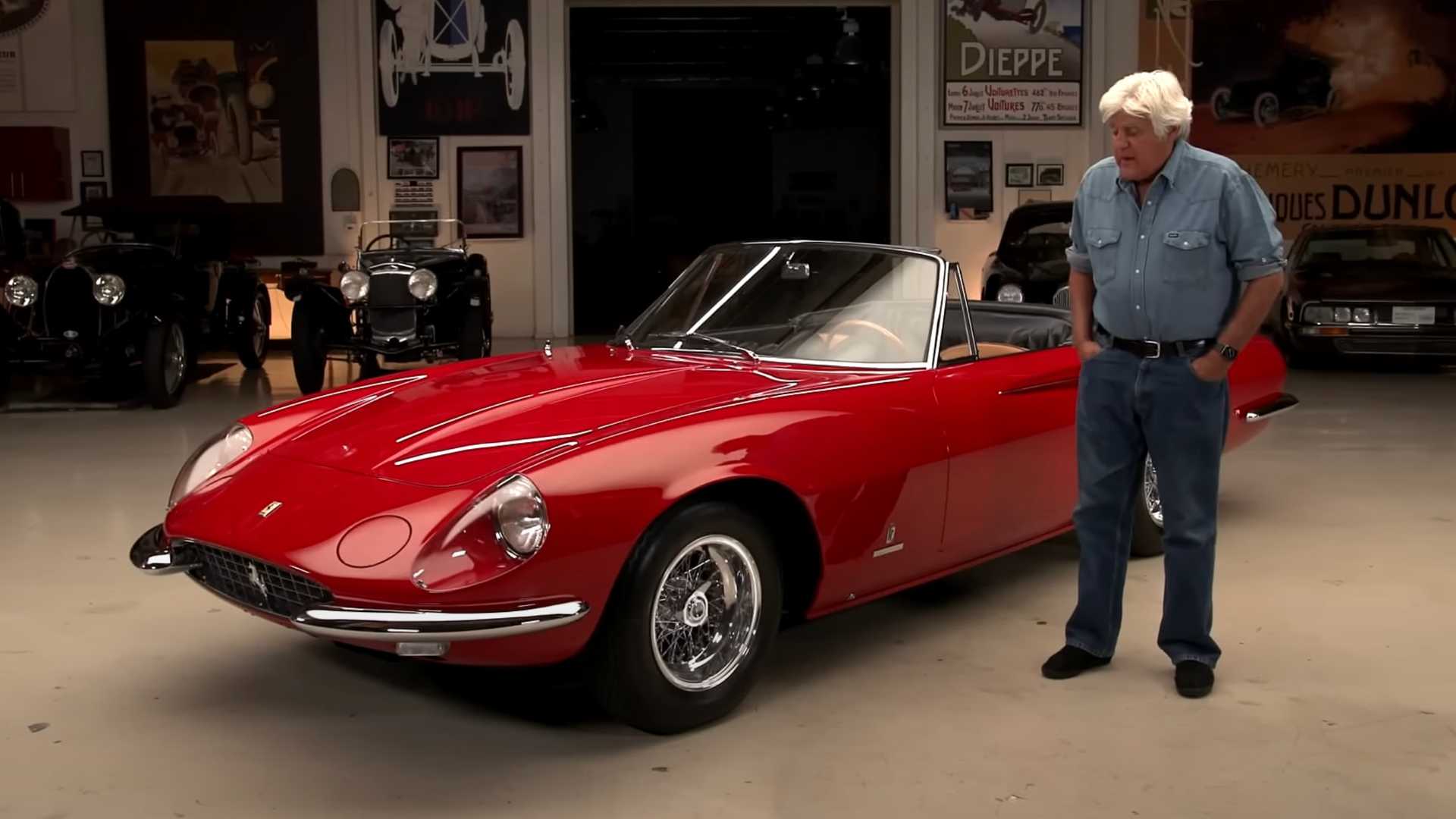 Ferrari showcased the 365 California Spyder at the 1966 Geneva Motor Show. The automaker would go on to produce just 14 examples of the Pininfarina-designed convertible sports car, with at least one example finding its way to America. It also found itself in front of Jay Leno in a new clip from the famous car enthusiast's YouTube channel.

Leno recently spent a 10-day stint in the hospital after suffering second- and third-degree burns to his face and hands while working on one of his many vehicles earlier this month. The clip comes from before the incident, but the comedian is on the mend. On Sunday, Leno returned to the stage to a sold-out show. He poked fun at himself and the accident before jumping into his normal routine, and he's already been spotted gassing up one of his classic cars. We'll see him back in front of the camera in no time.

The Ferrari that Leno drove in the clip above came from the Nethercutt Collection, receiving a light restoration over the years. This included repainting the car and redoing the 2+2 interior; however, the engine is original, with great care taken to maintain it.

Powering the car is a Colombo 4.4-liter V12 engine that Ferrari rated at making 320 horsepower (235 kilowatts). It features a bank of three twin-choke Weber carburetors with a twin coil. Ferrari paired the engine with a five-speed synchromesh gearbox, feeding power to a rigid rear axle through a propeller shaft. The car has a top speed of 152 miles per hour (245 kilometers per hour).

This example has 18,000 miles on the odometer, which isn't a lot for a 50-year-old car. But it is evidence that it's been driven. Leno not only highlights his cars but showcases private collections, the newest makes and models, and an assortment of other vehicles, presenting the breadth of the industry to the masses. We can't wait to see him back to doing what he does best, and we wish him a speedy recovery.