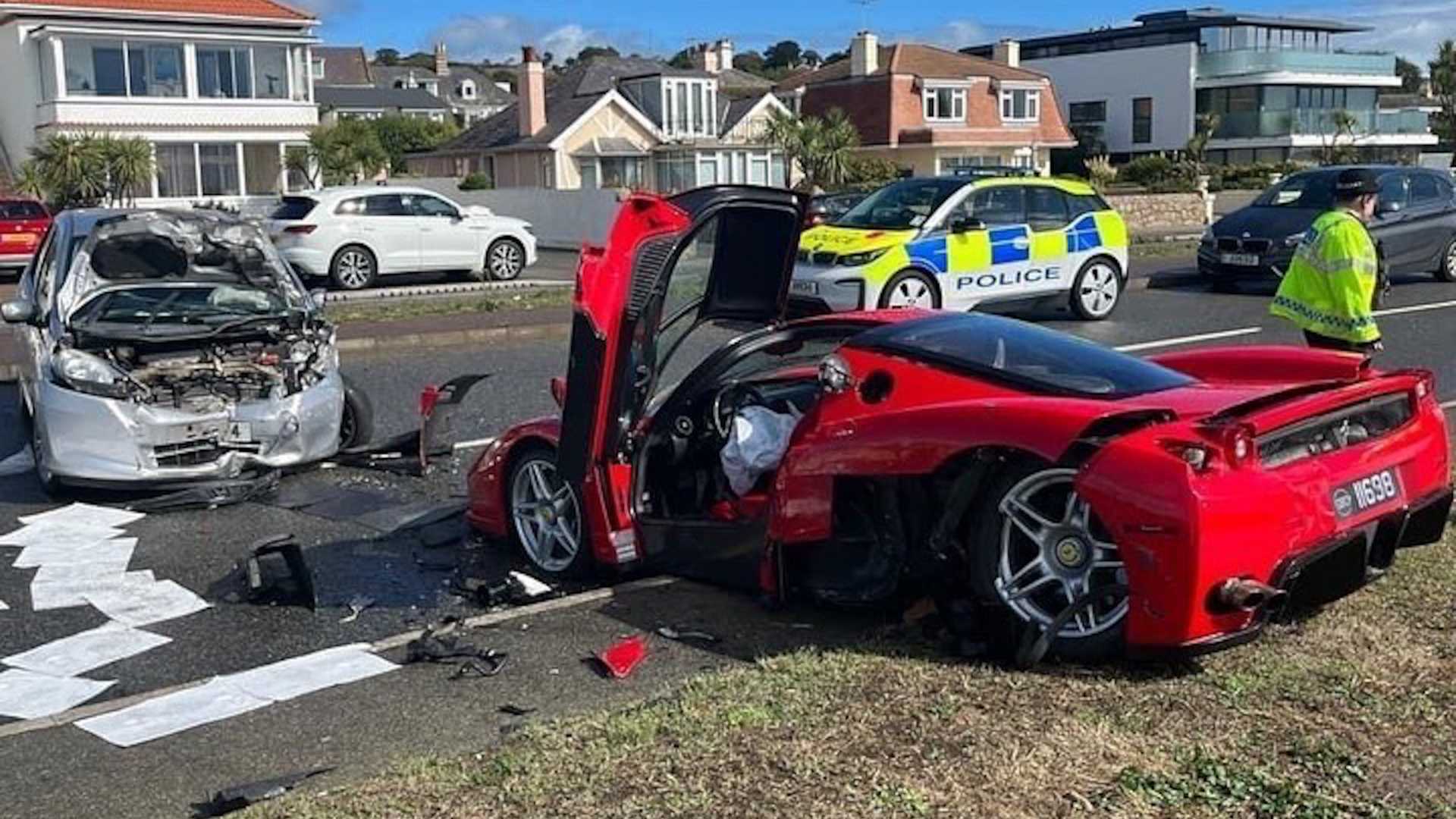 Well, this is terrible. A Ferrari Enzo got into a nasty crash late last month on the UK Island of Jersey. It collided with a Honda Jazz, known as the Fit in the US and other markets, and caused substantial damage to the supercar.

It’s not exactly clear how the crash happened as the police were still seeking witness information about the collision a week after it had happened. According to the Jersey Evening Post, a witness described seeing the Ferrari crash over the median before coming to a rest. It’s unclear how it collided with the Honda, but the Ferrari lacks any front-end damage.

However, the Ferrari’s driver-side rear quarter panel is pretty banged up. The car is missing the body panels ahead of the rear wheel. It looks like the rear tire on the other side of the car struck a curb – it’s bent sideways into the wheel well. It must have been a big crash as both cars’ airbags deployed.

The Honda Jazz is shown with its hood up after receiving damage to one side of the front bumper. It’s hard to tell, but it also looks like it received a bent wheel, as both cars had to be towed from the accident. Thankfully, no one in either vehicle suffered any serious injuries, but one elderly driver was taken to the hospital as a precaution.

According to the Jersey Evening Post, a delivery driver was in the Ferrari’s driver seat at the time of the accident. The vehicle was registered to someone on the island of Guernsey. The collision closed the road for several hours before opening up early Thursday afternoon.

The Ferrari Enzo is a rare supercar, with the Italian automaker making just 400 examples between 2002 and 2004. It’s powered by a naturally aspirated V12 that produces 651 horsepower (478 kilowatts). That’s a lot of power under someone’s right foot and can easily get out of hand. Fixing something this rare and old won’t be cheap. It cost $659,000 new, but its value has flown past the seven-figure mark in recent years.