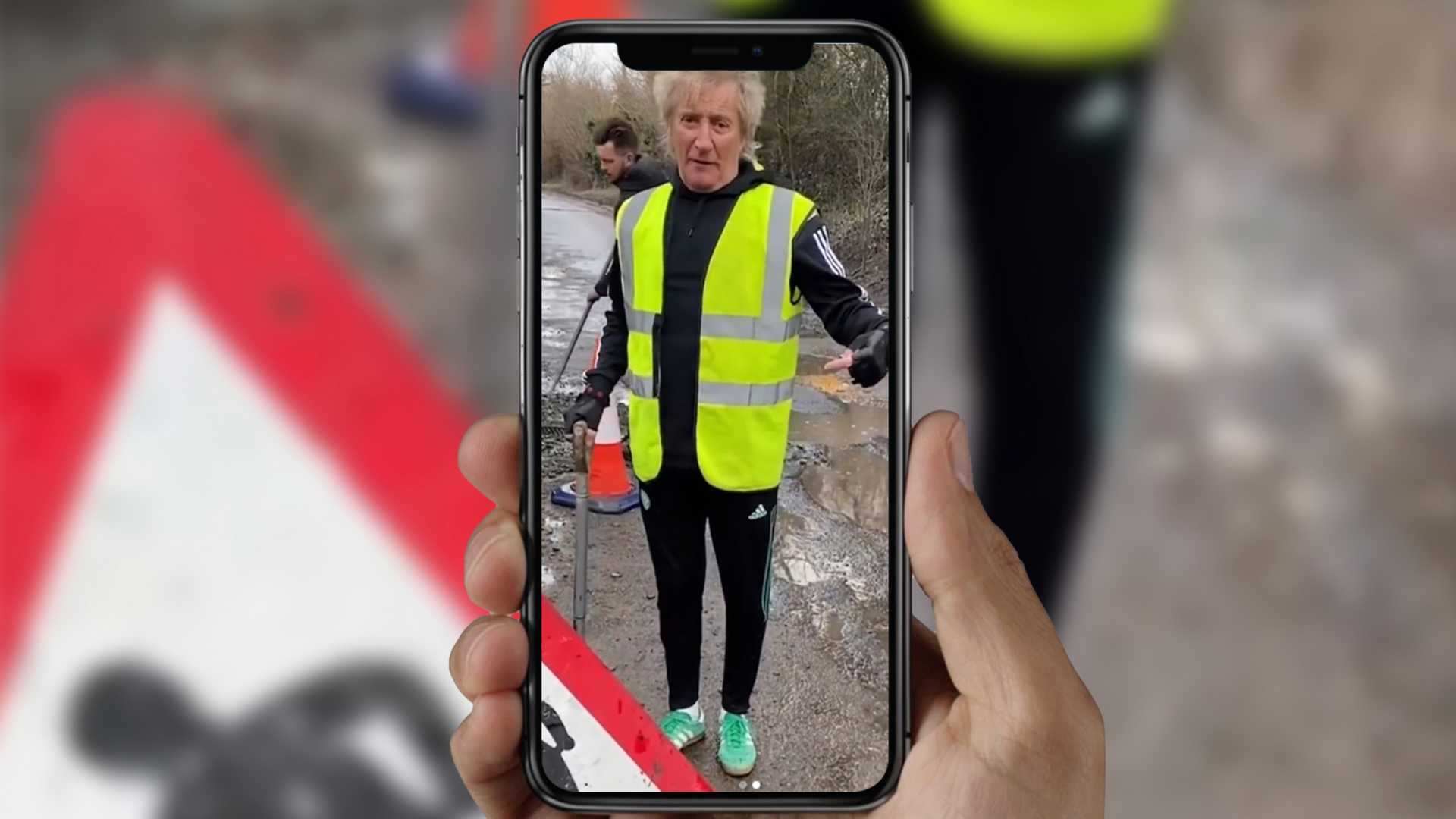 He hangs up the mic for a shovel.

Sometimes you just have to do the job yourself. That’s what rockstar Rod Stewart did recently, donning an Adidas tracksuit and a hi-vis vest to fill some monstrous potholes near his home in Harlow, England, and it wasn’t just one or two. Stewart posted videos to Instagram showing him and a crew shoveling gravel into the deep crevices, and the road is littered with monstrous imperfections.

The potholes are aplenty, and they’re filled with water, too, obscuring how deep they actually are. That makes navigating the road more treacherous, especially for cars like Stewart’s Ferrari.  In the video, Stewart said that people are “bashing up their cars” driving down the road, and a single, dirty hubcap sitting on the side of it adds credence to his claim. Stewart also said that an ambulance had busted a tire on the road the other day. That’s not safe. He also called out the “millions and millions of pounds” the government is spending on the M11.

“I’m repairing the street near where I live because no one can be bothered to do it,” he said in one Instagram clip. The road doesn’t look like it gets that much traffic, and it’s pretty narrow, but that shouldn’t determine its basic upkeep. The road just looks bad.

The disastrous road also makes it difficult for low-riding cars to travel down it, like the rocker’s Ferrari, which can’t navigate the road, according to the rockstar. A low-riding sports car would have quite a lot of trouble traversing down Stewart’s road without scraping the undercarriage or losing a wheel. Crossovers and SUVs are popular, but they shouldn’t be required to navigate poorly maintained roads.

Potholes, cracks, and other road imperfections make driving a pain. Uneven roads lead to uncomfortable rides, but bad roads can do more than leave you with a bad back and beaten-up kidneys. Some potholes are deep enough to do severe damage to a vehicle, potentially breaking the tire, wheel, or worse. A road filled with potholes would also make it impossible for some cars to navigate down, especially low-sitting supercars like Stewart’s Ferrari.