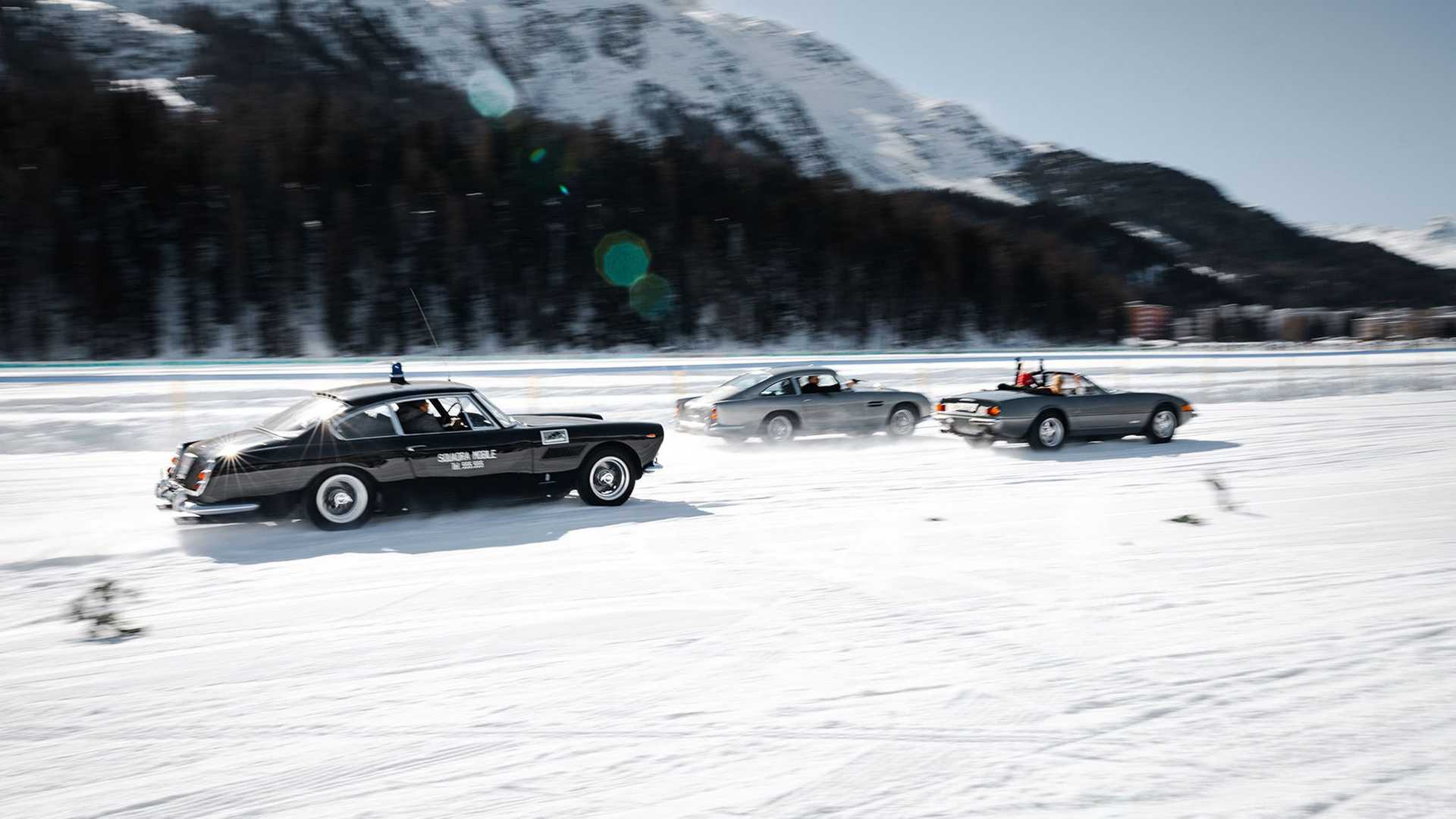 The International Concours of Elegance in Switzerland is a car show unlike any other.

The winter months in the northern hemisphere are typically a period of hibernation for car enthusiasts. And then you have Switzerland, where the snow is deep and well-to-do enthusiasts still crave a delightful cruise around the lake, sub-zero temperatures be dammed. Then again, why drive around the lake when you can drive on it?

That's life in the Alpine town of St. Moritz, where an event appropriately called The ICE is held. In this instance, ICE is an acronym for the International Concours of Elegance, and don't think for a moment that snow and chilly temperatures scare people away. The 2022 event took place on February 26, and the docket filled up with some of the most valuable cars in the world. If you think we're exaggerating on that, observe these exceptionally rare classics getting after it on Lake St. Moritz. In public. On snow.

45 cars were part of the event, which returned for 2022 after a two-year break and yes, a Ferrari 250 GTO was one of many multi-million-dollar rides being exercised on the ice. Several vintage race cars from multiple genres took to the lake; Ferrari, Jaguar, Alfa Romeo, and more were represented. As for production vehicles, Italian classics mingled with American muscle and British elegance to put on a proper slow-motion, opposite-lock ballet. Admittedly, the driver in the Pagani Zonda HP Barchetta seemed a bit reserved, but with 789 horsepower and a $20 million price tag, it's understandable.

Seeing a classic Lamborghini Countach throwing snow roosters on a frozen lake is attention-worthy, but keen car spotters will notice a few other gems in the mix. The video at the top of the article captures a black Ferrari Testarossa that was custom-built for Michael Jackson in the late 1980s. Speaking of Ferrari convertibles, how about the 365 GTS/4? If you're not into Italian classics, there were plenty of Jaguars and even a James Bond-spec Aston Martin DB5. For us, we're loving the Mercs with the skis on the boot – the silver Mercedes-Benz and the classic Mercury Cougar.

We could spend all day watching these cars in action. It almost makes us sad winter is nearly over. Almost.