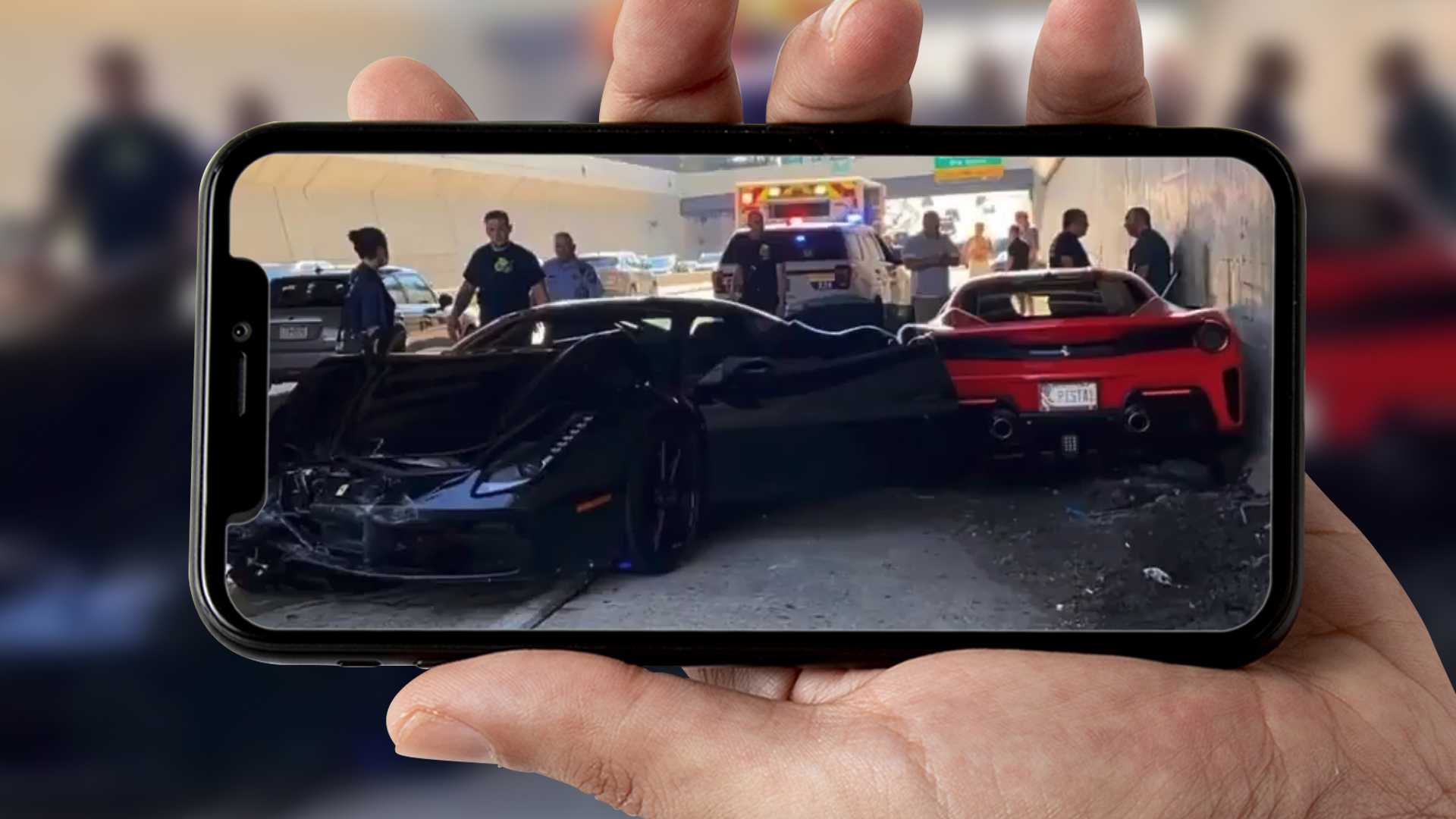 See Three Ferraris Crash Into Each Other On Philadelphia Expressway

It allegedly took place during a charity event.

It's always sad to see an exotic supercar taking damage. As such, it's extremely sad to see multiple supercars taking damage, and it's even worse when it happens during a special charity event. That is apparently the case as seen in the video above from cerrutiauto on YouTube, as well as a report from a FerrariChat forum member named 06VistaBlueGT.

Here's what we know based on these two sources. Pennsylvania-based CF Charities held its annual Supercar Show in Philadelphia on Sunday, June 6. The event sees hundreds of various supercars and high-performance rides making a few stops and special cruises around Philly, with the crux being a cool car show that raises money for the charity. As such, that means supercars are thick on the streets and highways, and actually, local police provide assistance with escorts and even some brief road closures.

According to FerrariChat, the crash occurred during the morning charity drive. Police briefly closed a section of highway to allow the supercars to stick together, which also created an empty highway for the drivers to enjoy. 06VistaBlueGT claims that, unofficially, officers aren't concerned with speed so much and allegedly hint that drivers should make haste, so they don't have to keep the road closed too long. To be clear, this is a secondhand retelling and even if it's true, maintaining a safe and reasonable pace would be expected. Motor1.com has been unable to verify the events and circumstances beyond what is seen on video.

That said, it appears the supercars may have been turned loose too soon, or they all simply went too fast. The empty highway soon gives way to sporadic traffic, and we see a black 488 lose control after coming up far too quickly on a slower car. The Ferrari swerves, hits a Pista, hits a 458, hits an unknown commuter car, then hits the Pista again before finally coming to a rest. We aren't aware of any injuries in the melee; the 488 was reportedly going much faster than others on the road, so things certainly could've been worse.

We doubt things can get worse for the 488 driver, at least from an insurance standpoint. That could be a million-dollar claim by the time all is said and done, and we suspect the insurance company will be interested to see exactly what happened on video. The moral of the story? Stay safe and smart out there, even if you're on an open highway with encouragement to punch the throttle.