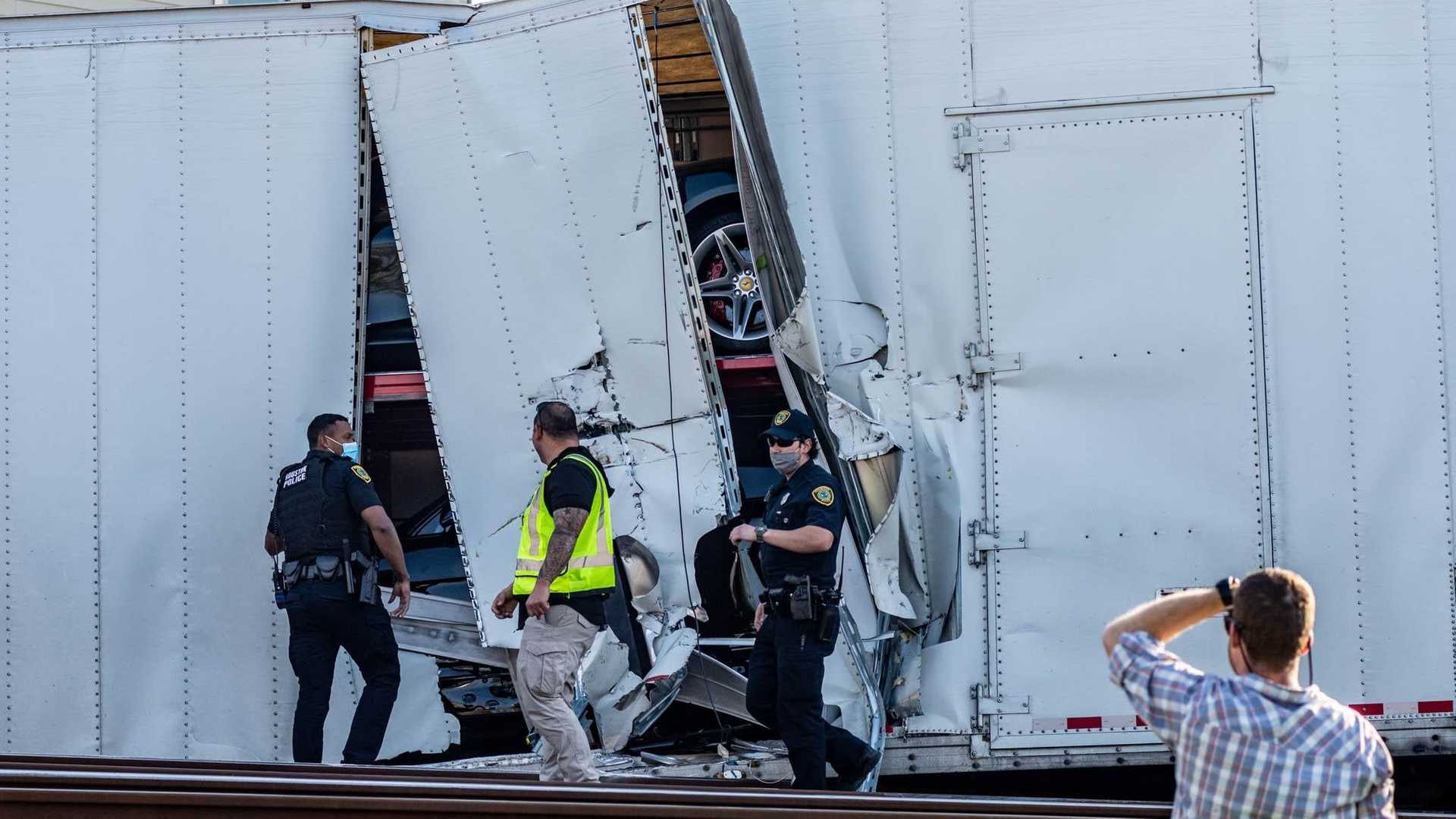 We'll open this article with the good news, and it's very good news. Despite the calamity that always comes when a train hits a semi-truck, there were no reported deaths or even injuries. That's astounding considering the scale of this collision, but there were some automotive casualties. Some very expensive casualties.

That's because the truck in question was pulling an enclosed trailer loaded with exotic cars. According to a report from The Leader, the collision happened April 1 in Houston where the truck in question was trying to cross the tracks and got high-centered. Apparently, there wasn't ample time to alert railroad officials, though it at least appears an approaching freight train was moving rather slowly. The impact jackknifed the rig but pushed it only a short distance from the intersection.

Still, the collision was enough to cause significant damage to the trailer, and more importantly for us car fanatics, the vehicles inside. Odlavso on Reddit and Instagram was kind enough to share some photos of the incident with Motor1.com, including a heartbreaking glimpse of a Ferrari wheel behind the crumpled trailer wall. According to Road & Track, that's an SF90 Stradale that received the brunt of the impact. That really hurts the soul.

Also on the trailer was a Ferrari 488, a classic Porsche 911, and possibly a Bentley. Not all the vehicles were viewable at the scene, and for obvious reasons, the extent of damage to the cars isn't known. The trailer is likely a total loss, and the rig might well be damage-free. Apparently, the truck driver was unfamiliar with the area and came upon the crossing that was never intended to handle a long, low trailer. With an SF90 Stradale in the mix, this will indeed be a very expensive mistake when all is said and done.

Zigged Instead Of Zagged:

Source: Odlavso on Reddit, KHOU 11, The Leader via Road & Track