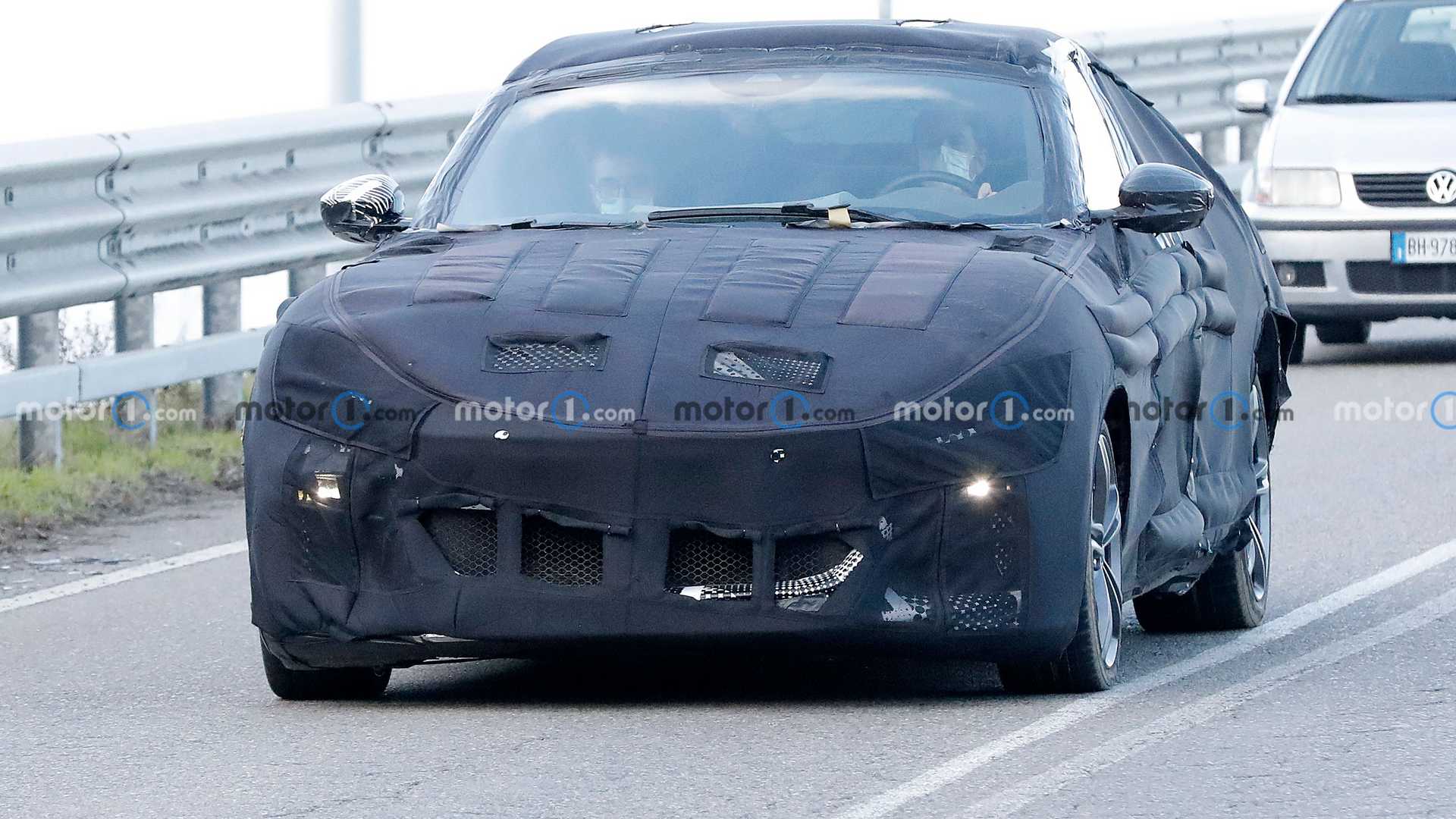 Ferrari recently transitioned from testing the upcoming Purosangue underneath a Maserati Levante test mule to using camouflaged, production-spec bodies of the model. Using recent spy shots and videos as a guide, our artist creates a rendering of what we expect when the camo comes off.

The Purosangue has a nose that arches downward from the windshield, and the headlights incorporate into the very tip. There's a large, trapezoidal grille. The openings in the corners have an LED running light on top of them.

Along the side, the Purosangue has clean styling with a soft curve along the doors. A sharp crease starting behind the front fender adds a visual flourish to the flank.

This rendering doesn't show the Purosangue's rear, and the tail is the part of the body that Ferrari covers up the most. It appears that the arching roof flows into the hatchback. Raised portions of camouflage there hint there is a spoiler at the point where the tail becomes a flatter, horizontal piece.

The development vehicles have a pair of exhaust pipes coming out of each lower corner. We expect the finishers to look fancier than the smallish circular tips visible in the spy shots.

Check Out The Purosangue:

We still aren't entirely sure what powertrain the Purosangue uses. A video of the crossover driving silently hints at it coming with a hybrid. This engine could be the plug-in hybrid twin-turbo V6 from the 296 GTB where the mill makes 818 horsepower (610 kilowatts) and 546 pound-feet (740 Newton-meters) of torque. Rumors also suggest a V12 option that might come later.

The Purosangue rides on Ferrari's new Front Mid Engine Architecture. This platform puts the engine behind the front axle and a dual-clutch gearbox that mounts at the rear. It has all-wheel drive.

The spy shots and videos show the Purosangue with a fairly low ride height. Although, it might have an adaptive suspension that would be able to lift the vehicle for a more rugged appearance. Don't expect to take this Ferrari rock crawling or racing through the desert, judging by what's visible so far.

Ferrari announced the Purosangue way back in 2018 and promised to debut the model before the end of 2022. We should finally get to see the long-awaited model in a few months. Deliveries begin in 2023.