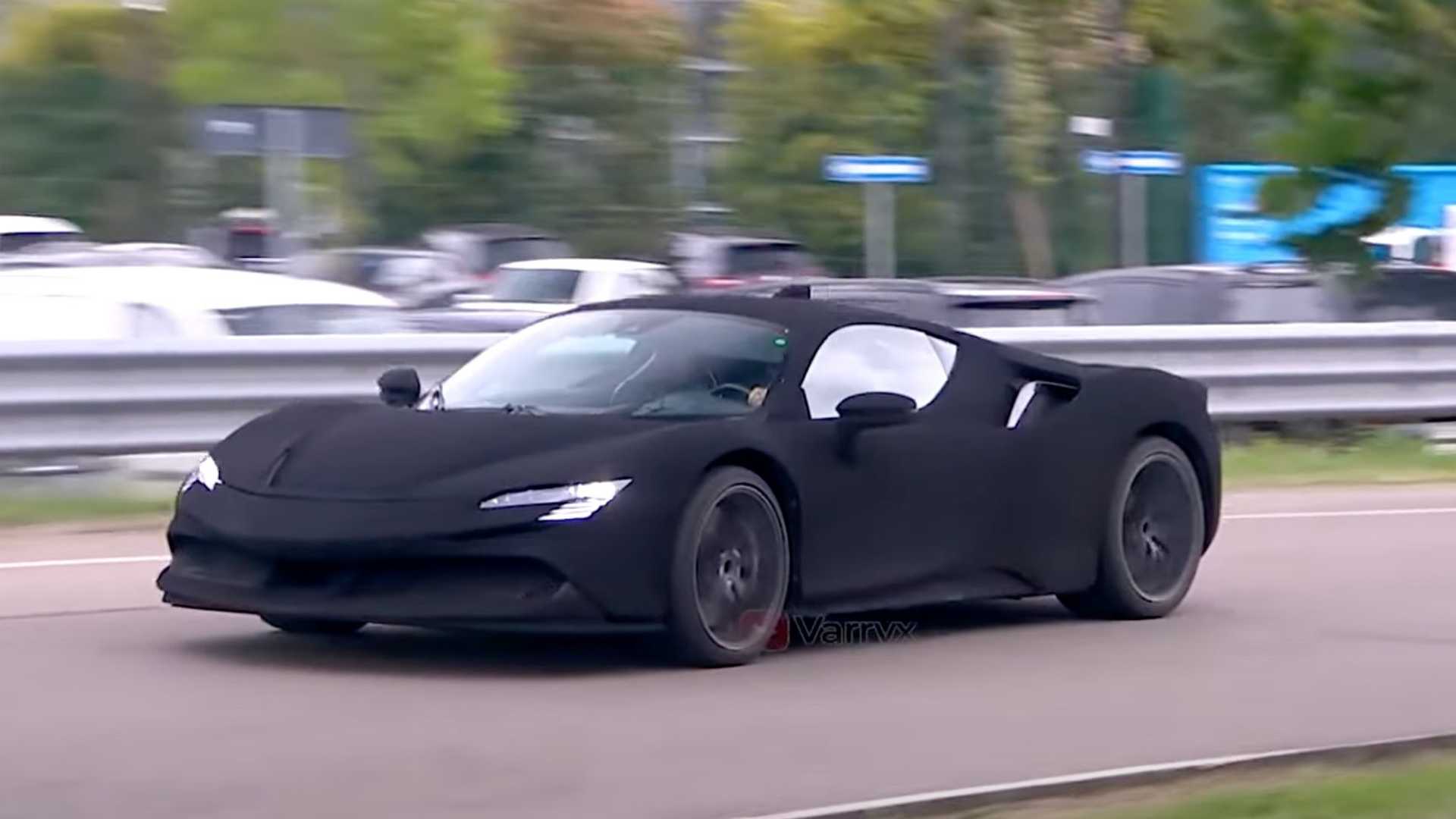 We're not sure what to make of this.

The streets of Maranello are no stranger to Ferrari prototypes. For decades the home of Ferrari has hosted some of the world’s most renowned supercars during their on-road testing, but this is a little different. A Ferrari SF90 which has been on sale for quite some time emerged from the halls of Maranello sporting a very strange paint job that we cannot quite figure out.

Youtuber Varryx has provided the world with dozens of videos featuring the latest Ferrari testing, but this SF90 is one of their most interesting finds. It doesn’t appear to be as simple as an SF90 Stradale with a matte black wrap. This goes much deeper and might be the use of Vantabalck, the darkest substance known to man.

Vantabalck was invented by Surrey NanoSystems which is based in the United Kingdom. This unique substance was originally developed for military applications and is darker than any other substance on earth. Vantabalck can absorb 99.965% of visible light so there is no reflection from any surface coated in this unique substance. This magical coating isn’t just a really dark paint but is instead comprised of a forest of nanostructures that traps light. The light is then released as heat energy.

So why paint a Ferrari SF90 Stradale Vantablack? I’m not sure there’s a clear reason can only assume it’s a status symbol. Some people have the rarest Ferrari or the reddest Ferrari so why not have the darkest Ferrari possible? I’m sure it would be fun to talk about at a fancy party on a yacht.

Having a supercar painted with a substance that absorbs light and turns it into heat isn’t ideal especially when that same car must also keep its mid-mounted engine from melting due to the hot combustion process. We can only assume this testing is the confirm a Vantabalck Ferrari wouldn’t melt on a short drive and based on the video it passed with flying colors.