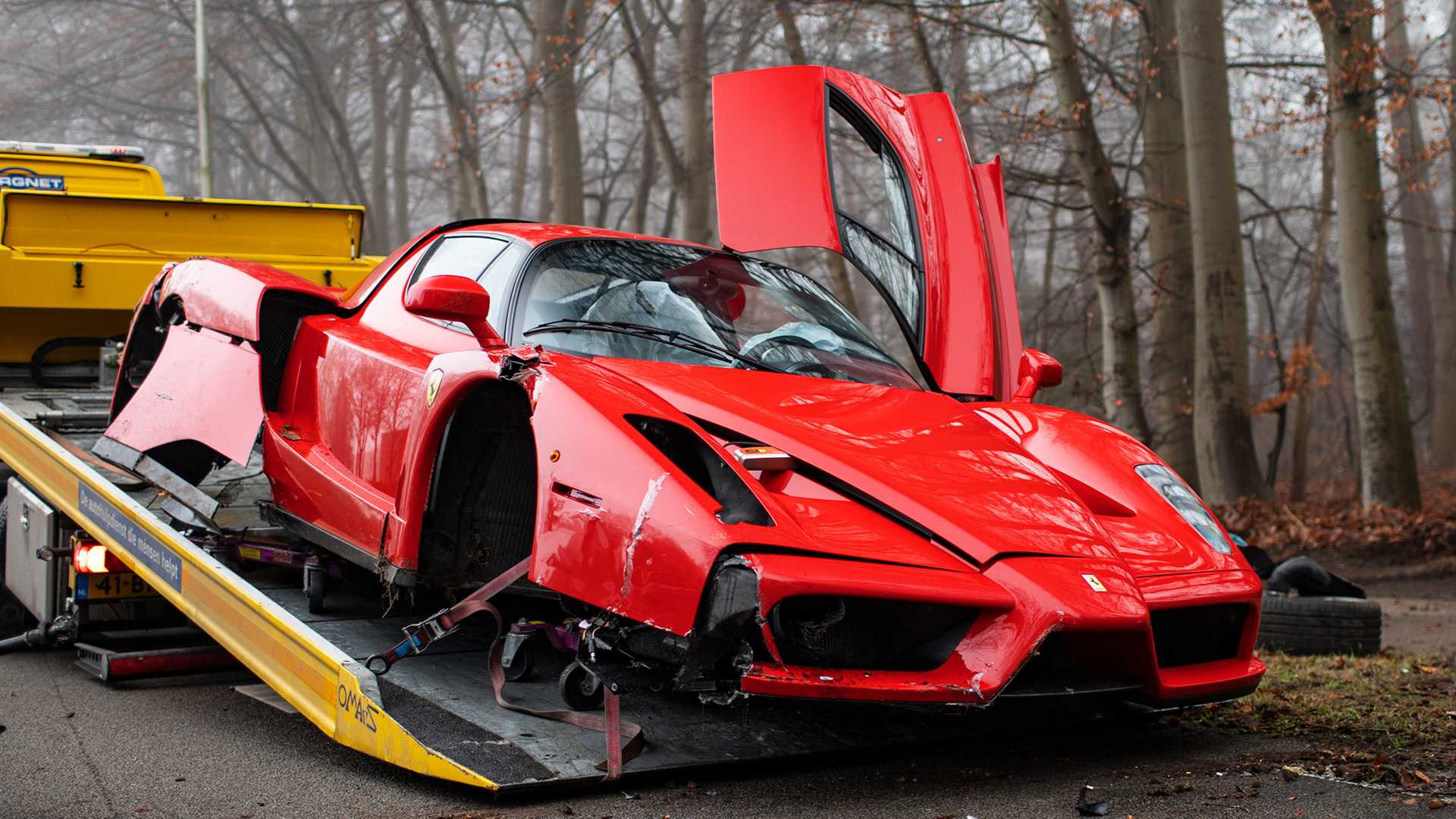 Ultra Rare Ferrari Enzo Crashes Into Tree In The Netherlands

Nobody was injured, but the car is seriously damaged.

Seeing a supercar in distress is never a pleasant sight for enthusiasts, but when it's something as rare and significant as a Ferrari Enzo, it's even harder to take. Unfortunately, that's exactly what we have today out of the Netherlands.

Our friends at FerrariChat unearthed the news from sources in the Netherlands that were on the scene of the crash in Baarn, not far from Amsterdam. In addition to a descriptive article, The FerrariChat forums offer a bit of unofficial insight from forum members in the area. It's believed the driver of the car was a mechanic at a Ferrari dealer in Hilversum. The car may have been under the ownership of the dealer, as registration plates were identified as being "garage" plates.

As for exactly what happened, that's also unclear. Weather conditions in the area were reportedly chilly and damp, above freezing but not ideal for driving a 651-horsepower supercar likely riding on tires best suited for warm tarmac. The car left the N221 highway in Baarn, reportedly striking a tree on the passenger rear. Jeffrey de Ruiter on Instagram captured detailed images of the aftermath (featured above) showing significant damage to the body along the entire passenger side. Both passenger-side wheels are ripped off; the front and rear fascias are destroyed and airbags deployed inside. More photos are available here.

Now, the literal million-dollar question is whether this Enzo will be rebuilt. Only 400 were built from 2002-2004 and just three are registered in the Netherlands. They were terrifically expensive when new, costing upwards of $1 million but these days an Enzo is estimated to be worth around $3.5 million. Even if the damage is relegated to what we can see in photos, one doesn't simply stop by the local pick-and-pull for new fascias, wheels, and suspension components.

We're very grateful the driver is okay after this collision. But the future of this very rare vehicle may not end on such a positive note.