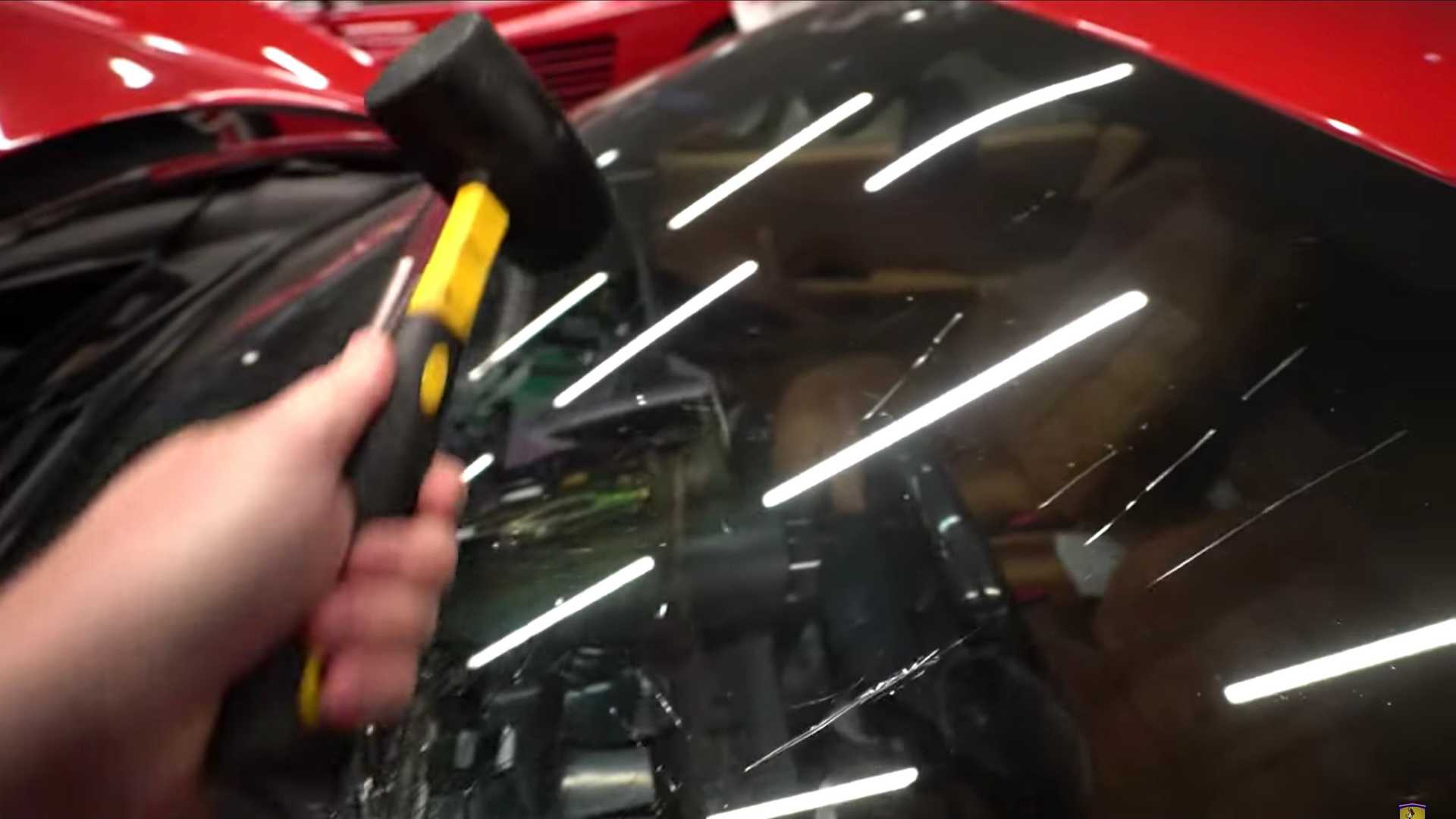 Don't worry, they were replacing the windshield anyway.

It's not every day that you get to shatter a Ferrari's windshield without any negative repercussions. The guys from the Normal Guy Supercar YouTube channel got this rare opportunity and recorded the damage on video.

The folks operating this channel just sold this Ferrari 458. Before handing it over to the new owner, the car needs some service. Also, the windshield has a crack, which doesn't look too big, but still requires replacement. That means the guys can beat on the existing glass as much as they want

The destruction starts small by attempting to break the windshield by smashing it with a closed fist. This does nothing, though. A second guy takes a swing and puts quite a spiderweb in the glass.

At this point, the windshield has far less structural integrity than at the start. Even a light strike is enough to break more of the glass. A rubber mallet comes out for the final blows.

The Ferrari 458 holds a special place in the Prancing Horse's history as seemingly being the final road-going model with a mid-mounted, naturally aspirated, non-hybrid-assisted V8 engine. There's no sign of the company making another product like this as of this writing.

If you're interested in owning a 458 someday or just want to know what the ownership experience is like, our partners at Ferrari Chat have a thread with links covering everything you'd want to know about the model. There's even a discussion of maintenance prices, so a prospective buyer has an idea of what to budget.