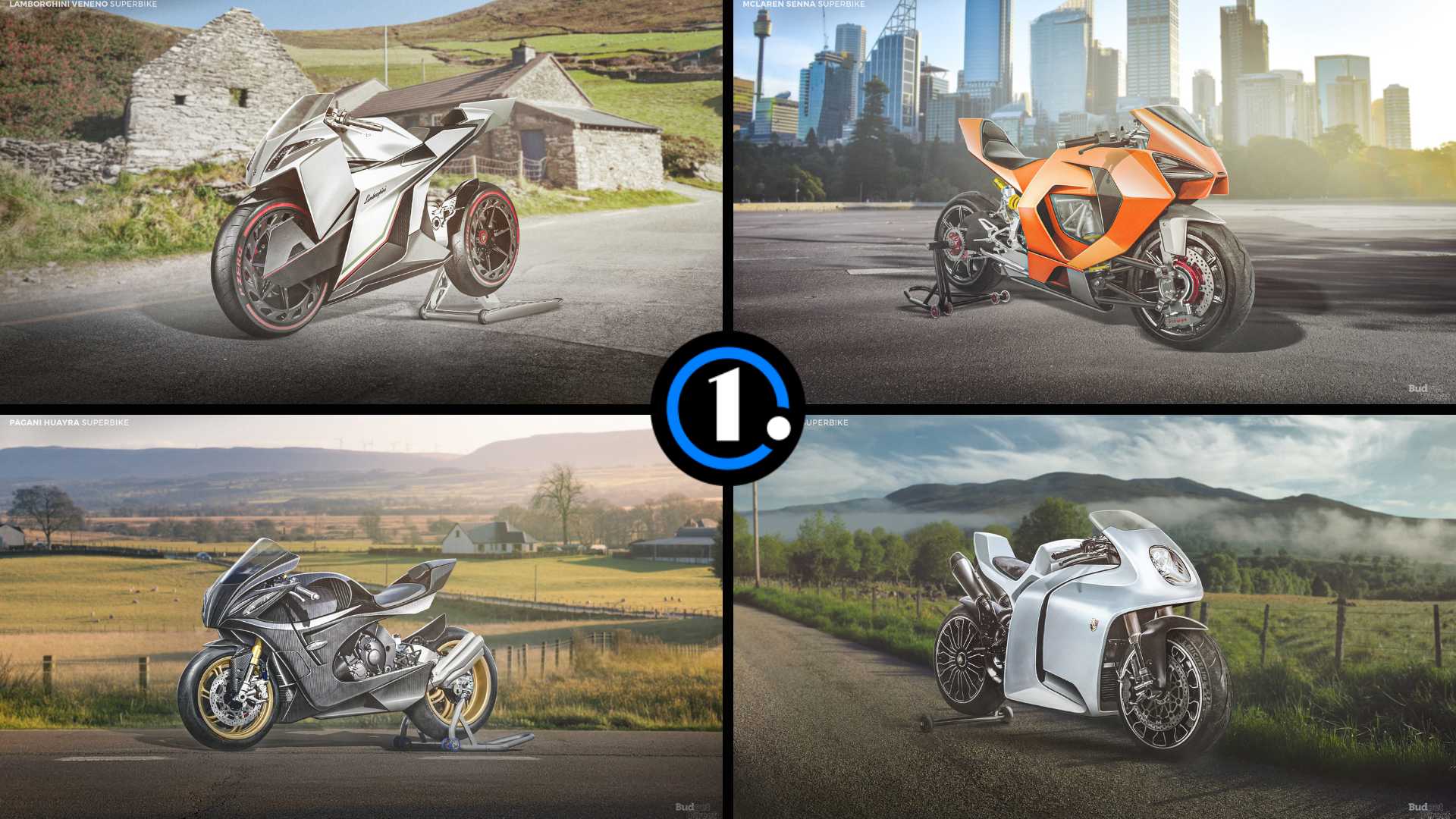 What If Supercar Manufacturers Built Bikes Instead Of Cars?

It's not such a bad idea.

This fun feature is chock full of super stuff, and honestly, it leaves us asking a question that maybe should've been asked a long time ago. How come we don't see any superbikes from supercar companies?

The obvious answer is right in the name – supercar. Still, BMW can build some sweet bikes while also building the M5 super sedan. And a red Honda CBR600RR looks outstanding next to a red NSX. It's a different way of going fast, but it sure feels like supercars and superbikes in the same family would be a match made in petrolhead heaven.

Perhaps that's why the folks at Budget Direct whipped up these six unofficial superbike renderings. Each one is based on design cues of iconic cars from the snazziest supercar companies on the planet, and you know what? Each rendering manages to be both cool and recognizable to a brand. Mostly, anyway. 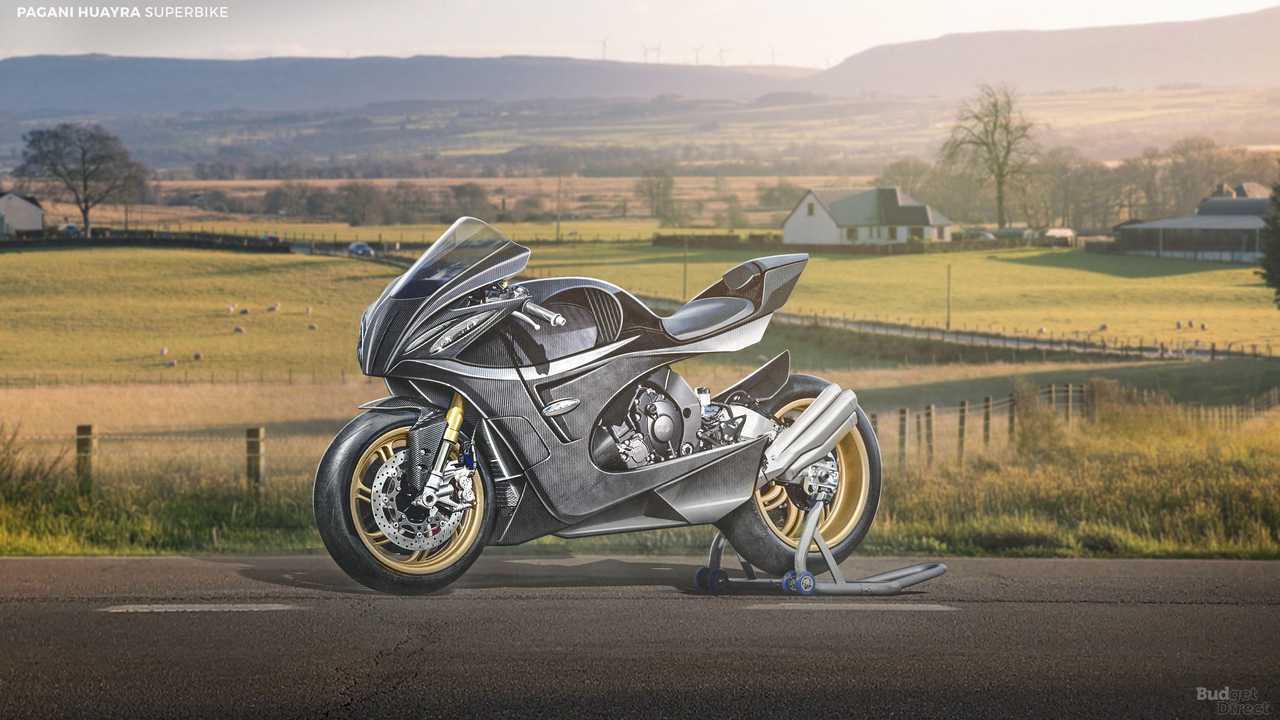 We kick things off with an abundance of bare carbon fiber and quad teardrop headlights that scream Huayra. One could also make an argument for this being based on the Zonda, but with only two models in Pagani's entire history, it's not hard to identify this superbike's origins. Officially, Budget Direct points to the Huayra, but whichever Pagani you choose, this bike looks properly evil. 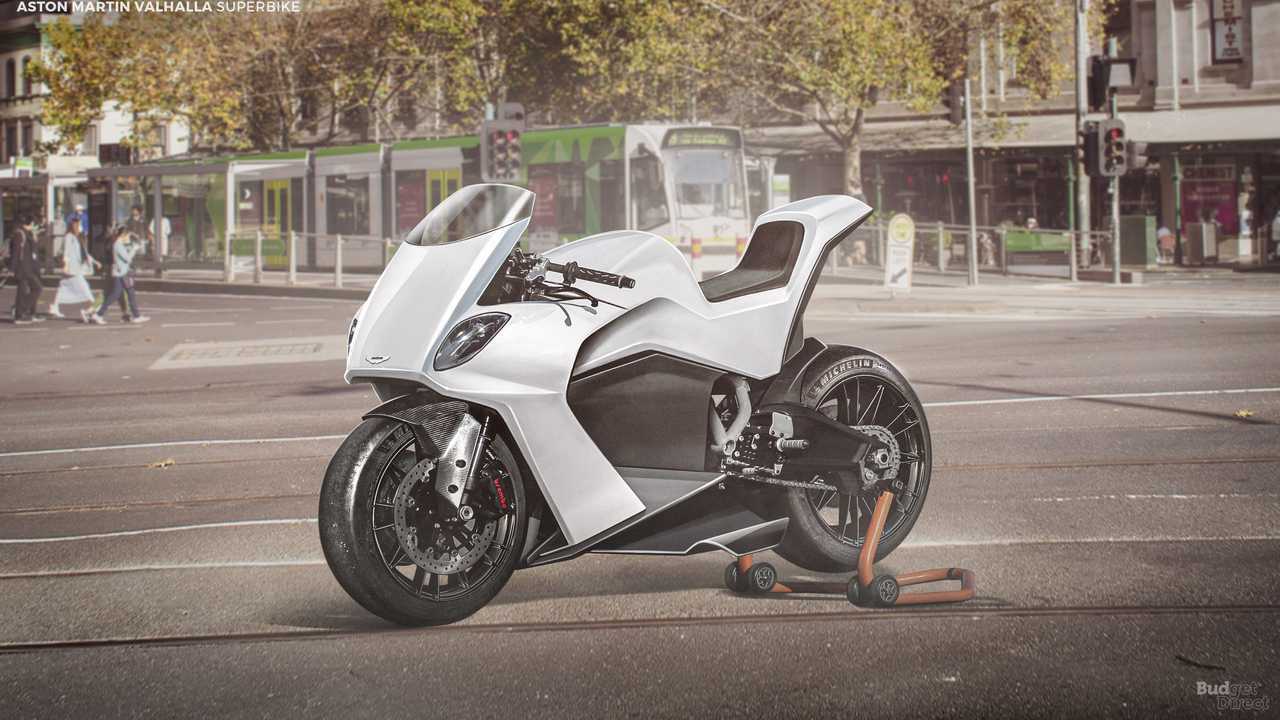 With Aston Martin's signature feature being its grille, it's tough to evoke the storied British brand's design language into a two-wheeler. This silver superbike is based on the Valhalla, with the headlights and the lower fairing standing out as rather Aston-esque. Still, it's not the best looking bike in this bunch. 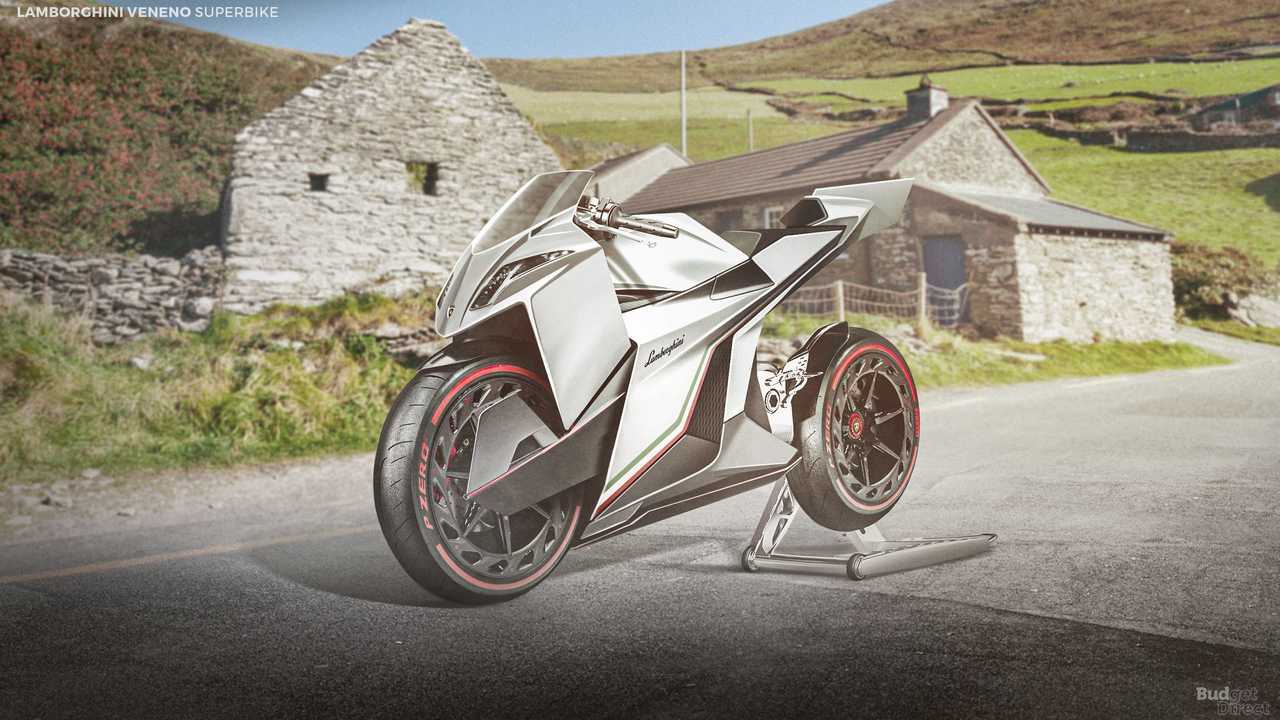 Best-looking honors could fall to this bonkers Veneno-based Lamborghini bke. Aside from the very slight curve stretching from the tip of the fairing to the top of the windshield, we challenge you to find another piece of bodywork that isn't a straight line. There's certainly no mistaking this superbike for anything other than a Lambo. 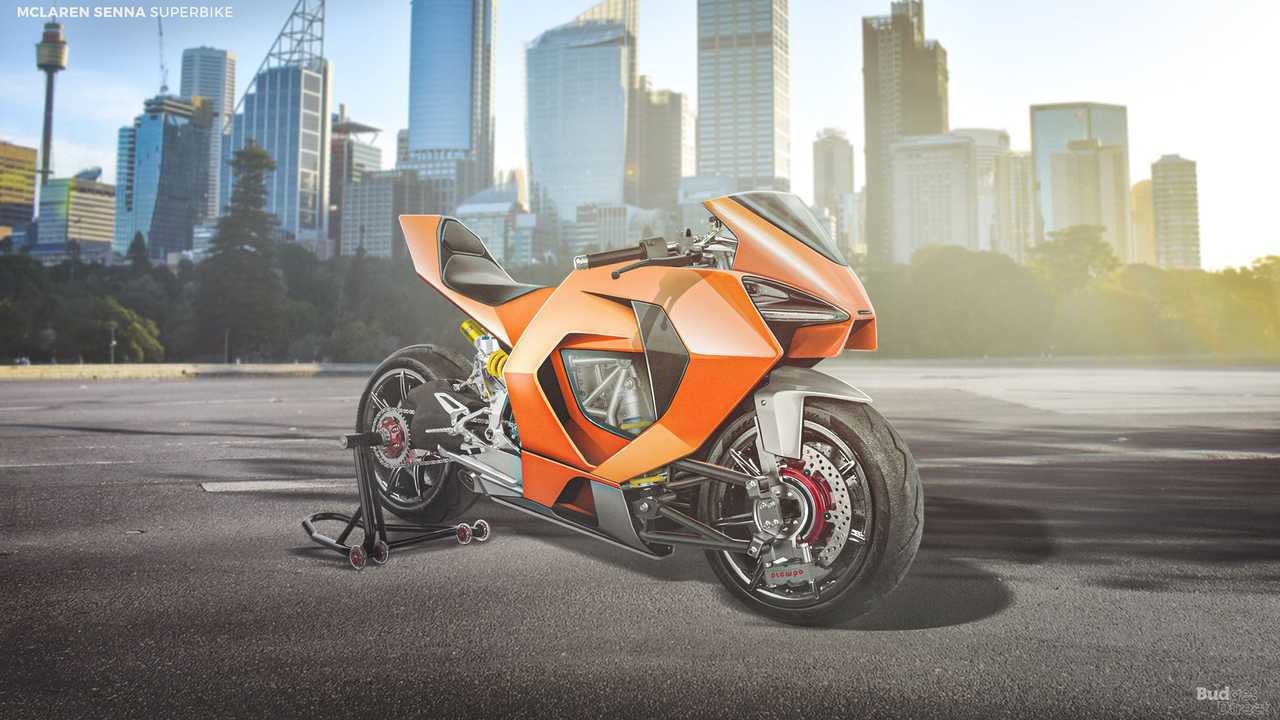 Much like the Senna, we suspect this fictional McLaren superbike would be a dynamo on the track. Similarly, it's not the most appealing machine to the eye, with its faring jutting forward like a teenager with a tremendous overbite. The see-through panel showing the inboard suspension is pretty neat though, and it has enough vents to keep a semi-truck cool. It doesn't look very comfortable to ride, however. 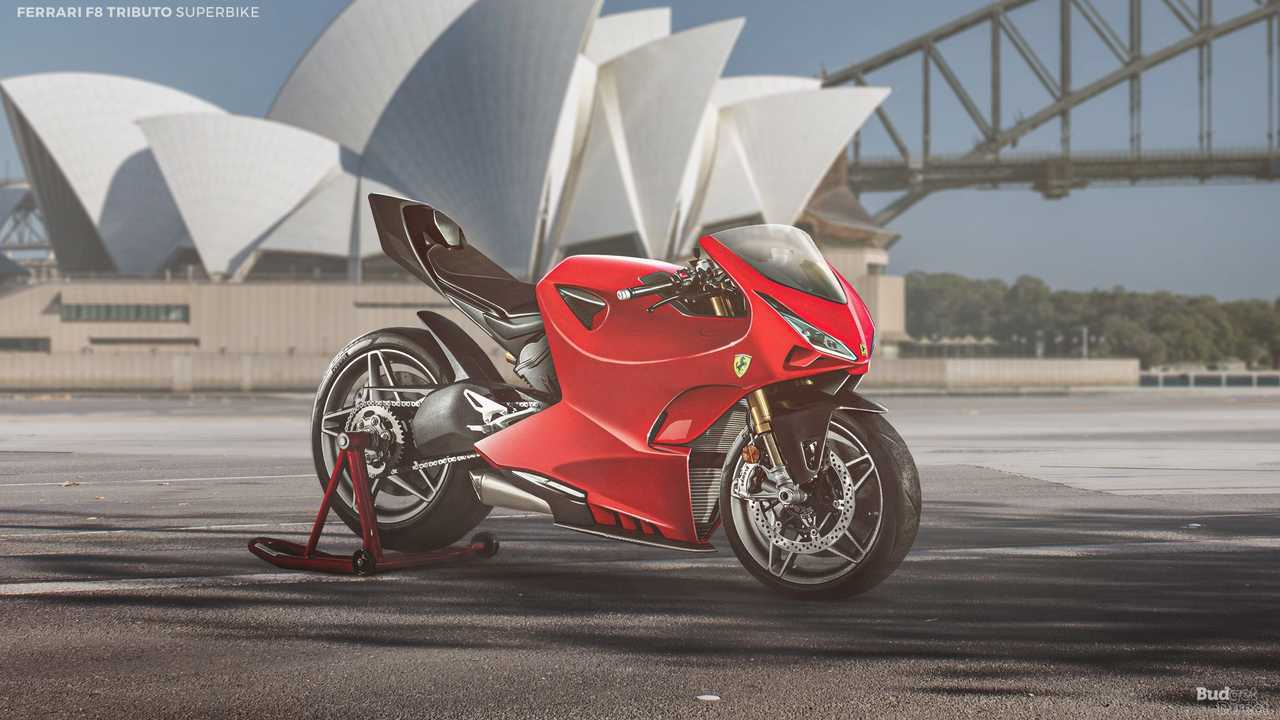 The Ferrari motorcycle does look comfortable, or at least, as comfortable as one can get on a superbike. Based on the attractive F8 Tributo, the black/red color combination with a mix of aggressive curves and edgy lights in a pointed nose has us positively swooning. We only wish it could have a small 12-cylinder engine to match its Italian flair. 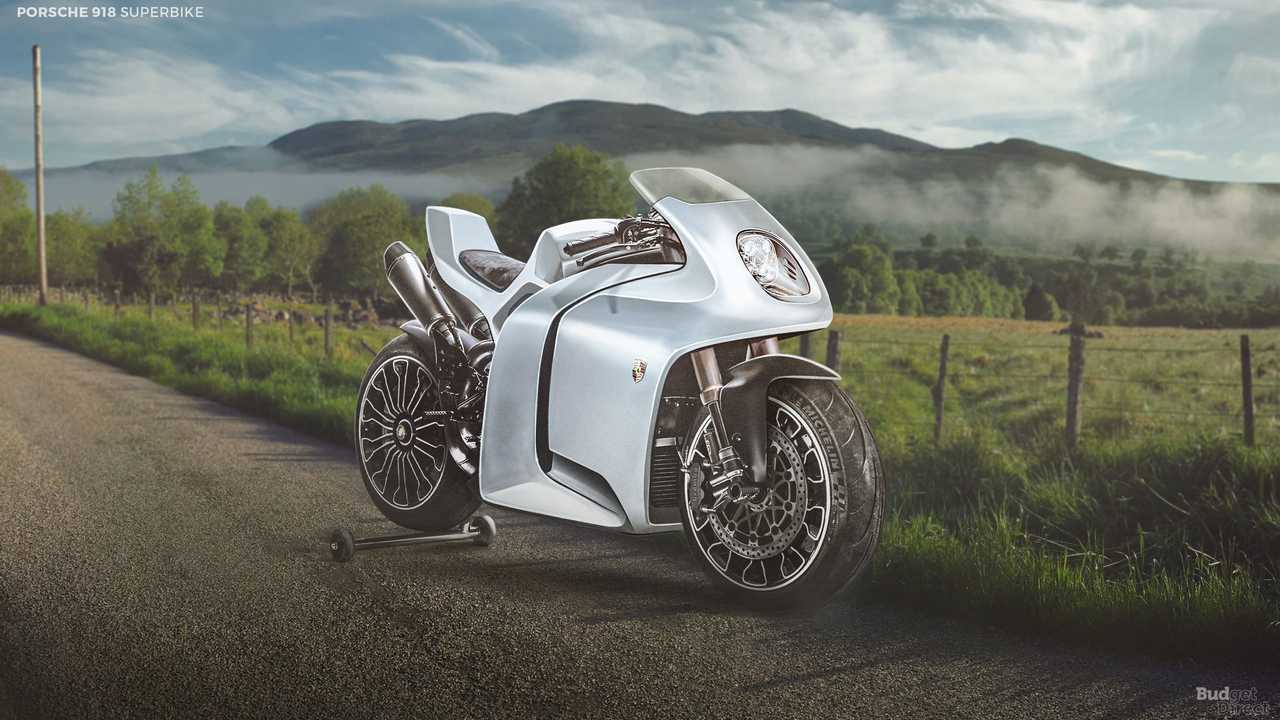 We don't know if we saved the best for last, but we certainly saved the most interesting design for our closing argument. There's no other way to say it – this 918-inspired superbike is a bodacious cafe racer with attitude. The bodywork looks large enough to protect the rider from the elements, and we're loving that big round headlight in an age of razor-edge lights. We hope a flat-six engine takes station behind the silver cladding, because that would truly make this superbike a proper Porsche.