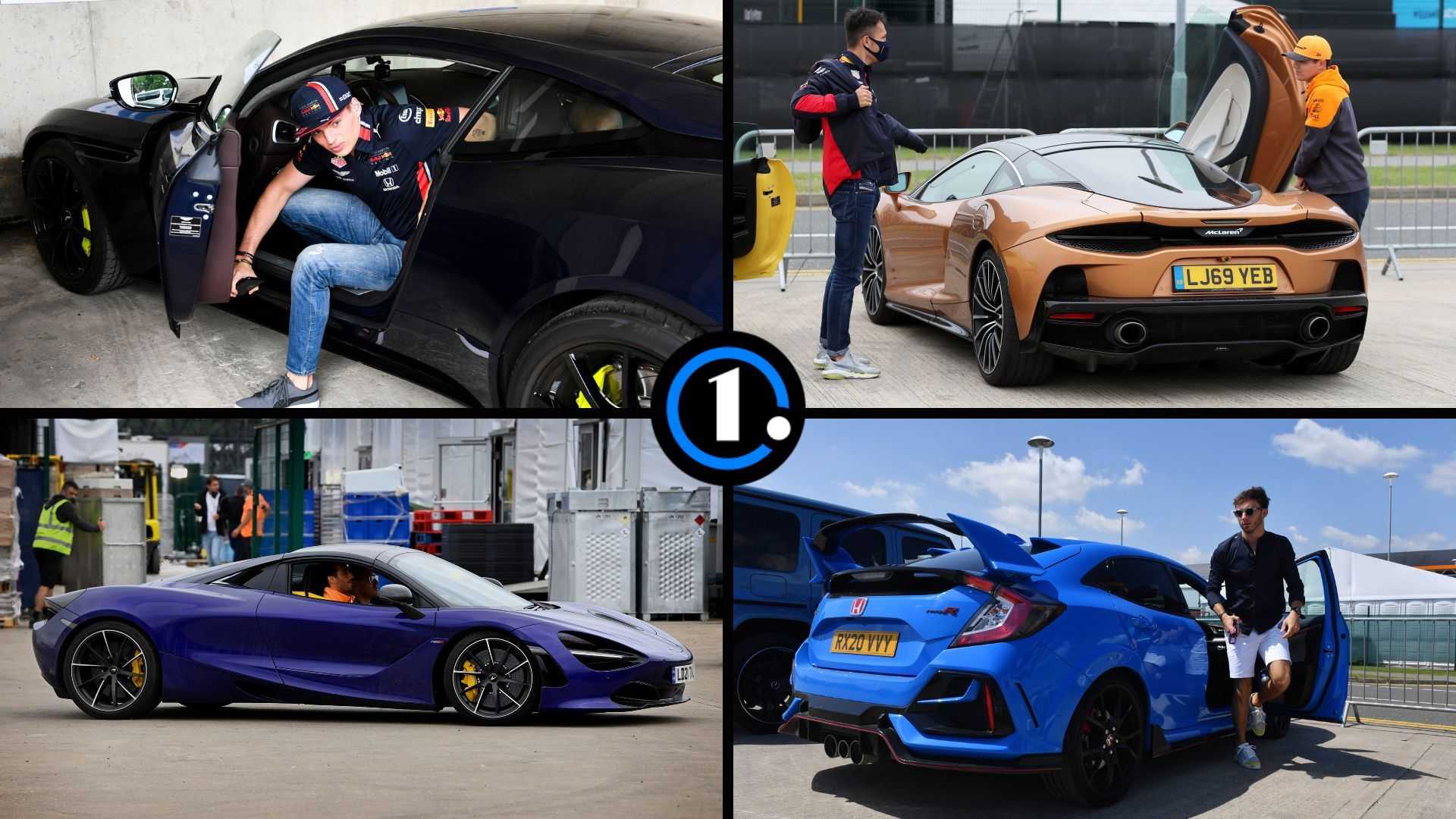 From current leaders Charles Leclerc and Max Verstappen to veterans like Fernando Alonso and Daniel Ricciardo, we cover the whole grid.

Formula One drivers get to travel the world to pilot some of the most sophisticated race cars in front of massive crowds. They make enough money to buy nearly any vehicle available. Although, their contracts often stipulate that they have to pick a model from either the team's or automaker sponsor's lineup. So what do these folks drive when not on the track?

Many of the drivers show off their personal rides on their social media accounts. Others are more private. Thankfully, Motorsport Images is available with millions of racing and automotive pictures allowing us to find how the more secretive drivers arrive at grands prix.

We were able to find shots of the whole grid with their cars. The order of the list reflects the standings in World Drivers' Championship at the time of publication.

Scuderia Ferrari driver Charles Leclerc is having a fantastic start to the season after finishing seventh in the standings last year.

He owns a personalized Ferrari 488 Pista Spider. It has a matte black body with a red-and-white stripe that pays tribute to the flag of Monaco.

In this shot, Verstappen is exiting his Aston Martin DB11 that's in a shade of very dark blue with vibrant yellow-green brake calipers that add a splash of color to the exterior. 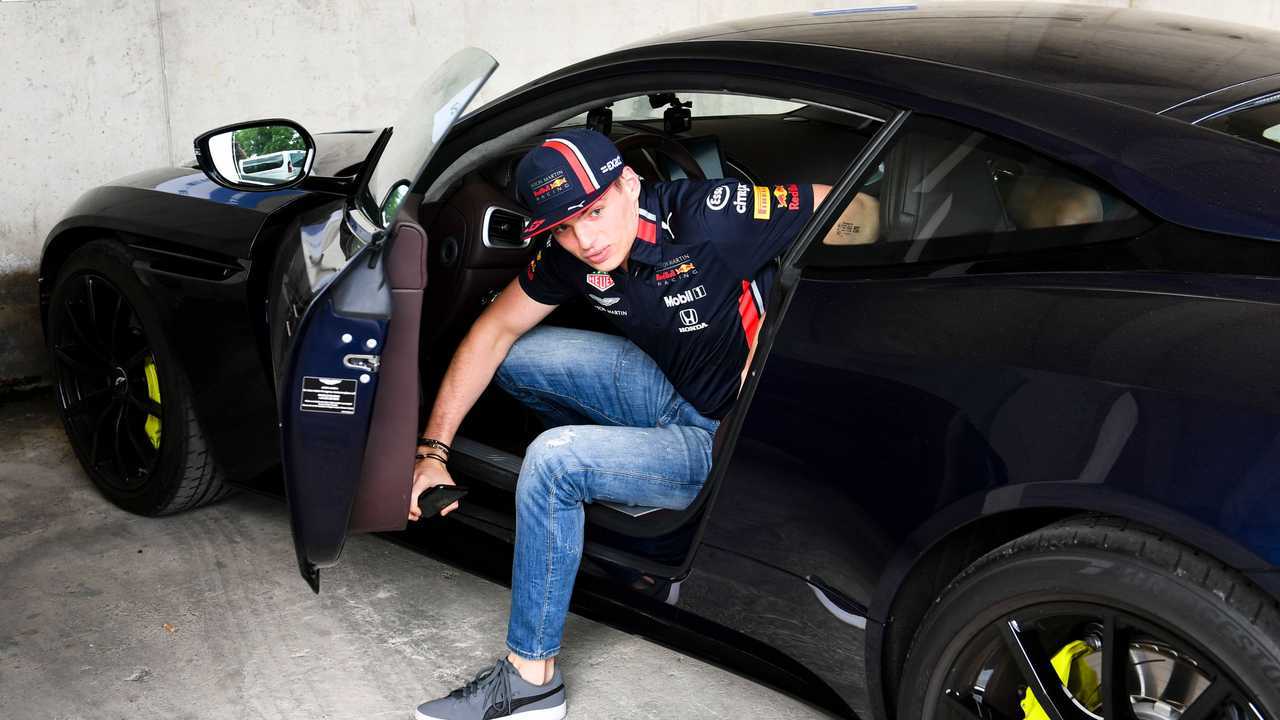 Sergio Pérez is a Formula One veteran after getting his start with Sauber for the 2011 season. He currently competes for Red Bull Racing.

This shot is from the 2021 season when Red Bull Racing was using Honda powerplants. It only made sense then for Pérez to be in a Honda Civic Type R. 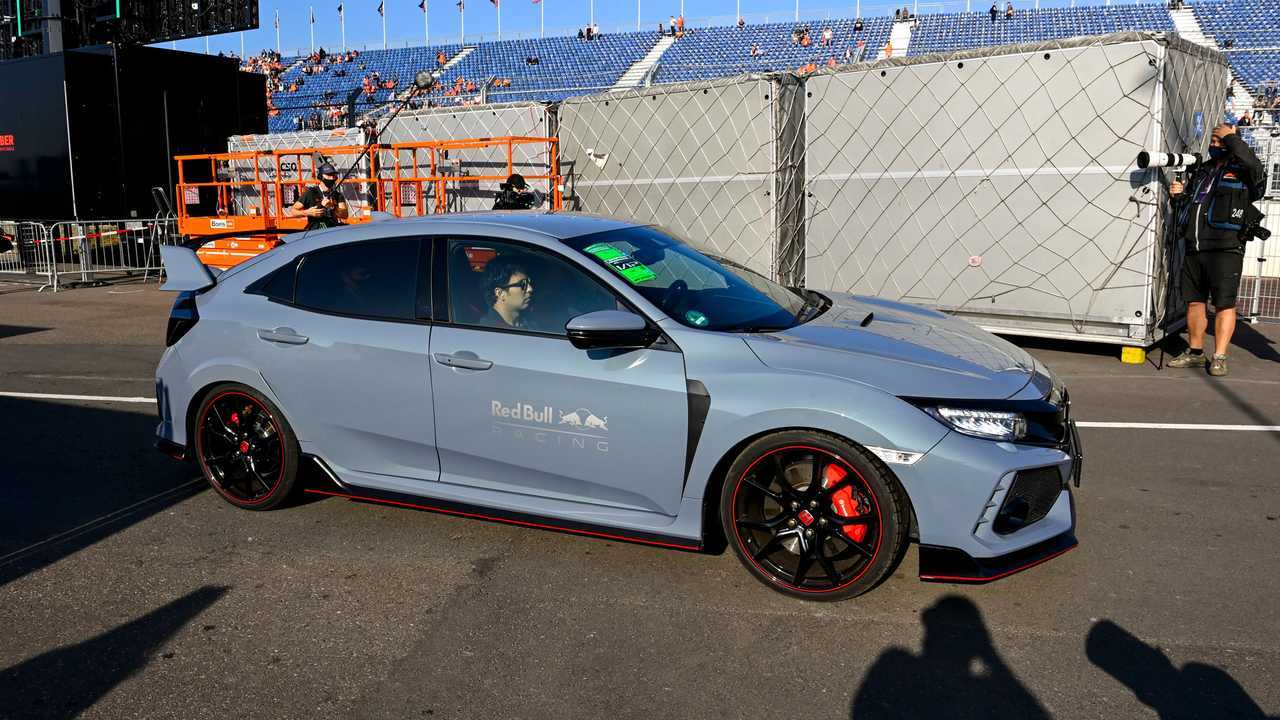 Last year, he was with Williams, which used Mercedes engines. This photo from the 2021 British Grand Prix captured him exiting a Mercedes-AMG C 63 S Coupe. 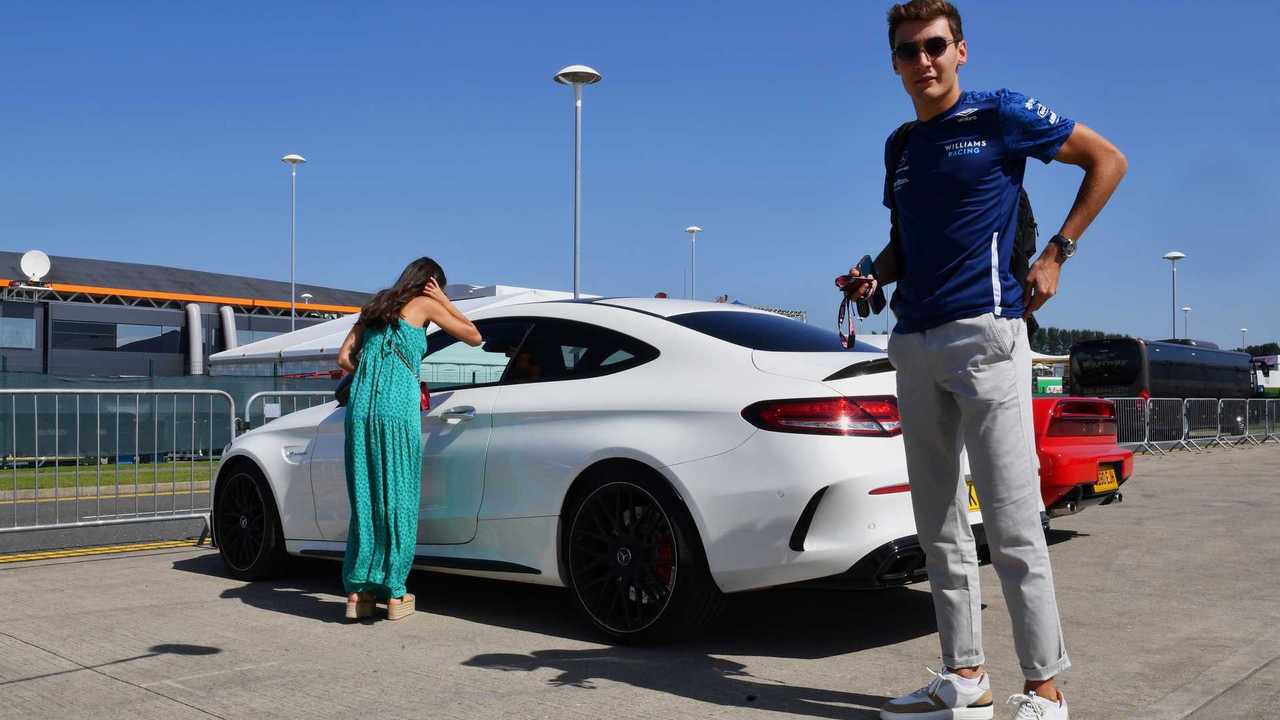 Carlos Sainz Jr. is the son of rallying legend Carlos Sainz. He's now in his second season at Scuderia Ferrari. This season started with two podium finishes, but he retired from the last two grands prix.

Sainz Jr's parents gave him a Volkswagen Golf as a gift when he was 18. In December 2021, he showcased a major upgrade because he was working with Ferrari's Tailor Made program to craft what appeared to be a custom 812 Competizione.

Lando Norris races for the McLaren F1 Team. He arrives at the Miami Grand Prix after standing on the third rung of the podium at the Emilia Romagna Grand Prix.

Norris started working with McLaren in 2018 as a test driver and became the team's racing driver in 2019. This photo from 2020 caught Norris arriving at the British Grand Prix in his McLaren GT. 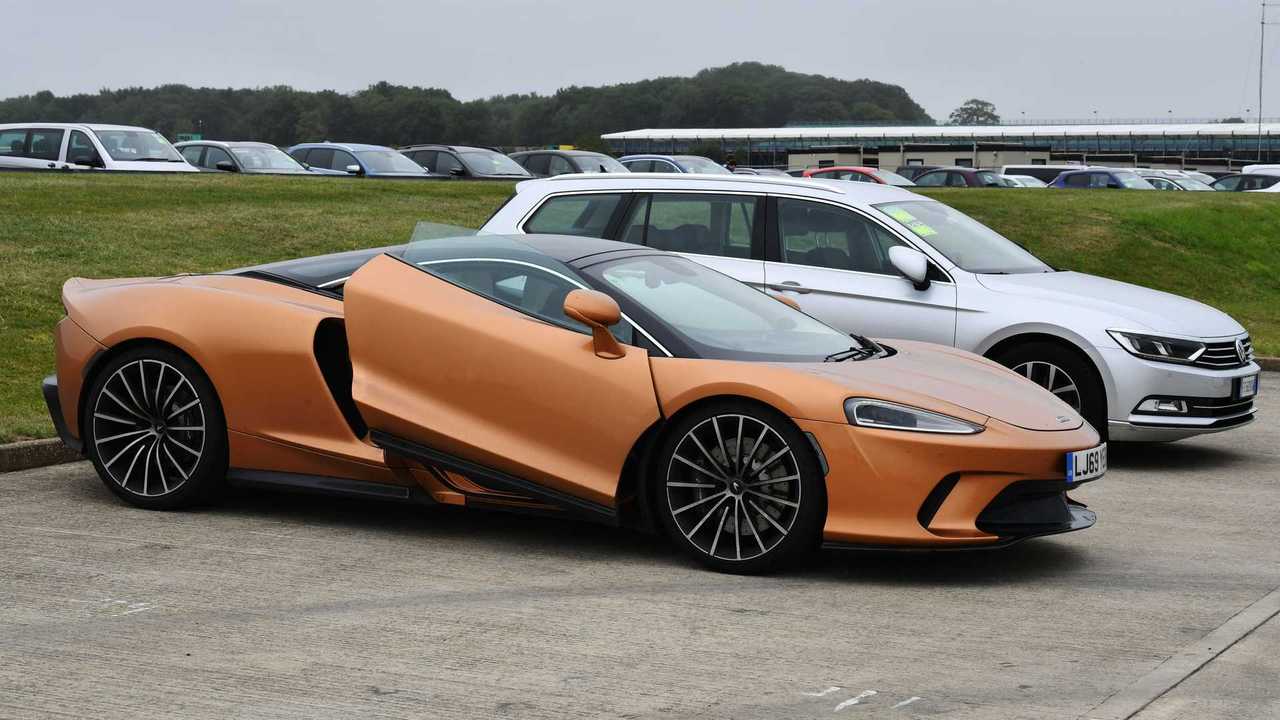 Hamilton owns quite a few cars, but judging by his Instagram, he has a preference for the Mercedes GLE-Class these days, at least when attending races.

Valtteri Bottas is in his first season with the Alfa Romeo F1 Team after spending the last five years with the Mercedes-AMG squad. He was third in the World Drivers' Champion last year.

In August 2021, he picked up a custom Mercedes-AMG GT Black Series. The black car has little Mercedes-Benz logos decorating the sides of the body.

Esteban Ocon is in his second year at the BWT Alpine F1 Team. He finished 11th place in the driver's standings last year, versus 9th so far this season.

It was surprisingly hard to track down Ocon behind the wheel of a vehicle he's not racing or promoting. We eventually found this shot from July 9, 2018 of Ocon posing with a Mercedes-AMG GT Roadster. At the time, Ocon was a driver for the Force India F1 Team.

Kevin Magnussen is back at the Haas F1 Team for the 2022 season after switching to competing in the IMSA SportsCar Championship for Cadillac Chip Ganassi Racing in the Cadillac DPi-V.R last year.

Magnussen doesn't seem to post images of himself driving anything other than his F1 car. The best image of him in a road car we could find is this picture from 2020 at the wheel of what we are fairly certain is a Mercedes-AMG GT Roadster.

Daniel Ricciardo is an F1 veteran after getting his start in 2011 for the HRT Formula 1 Team. His racing resume includes stints at Scuderia Toro Rosso, Red Bull, and Renault. He's now at McLaren.

This picture is from last year's British Grand Prix as he arrives in a McLaren 720S. 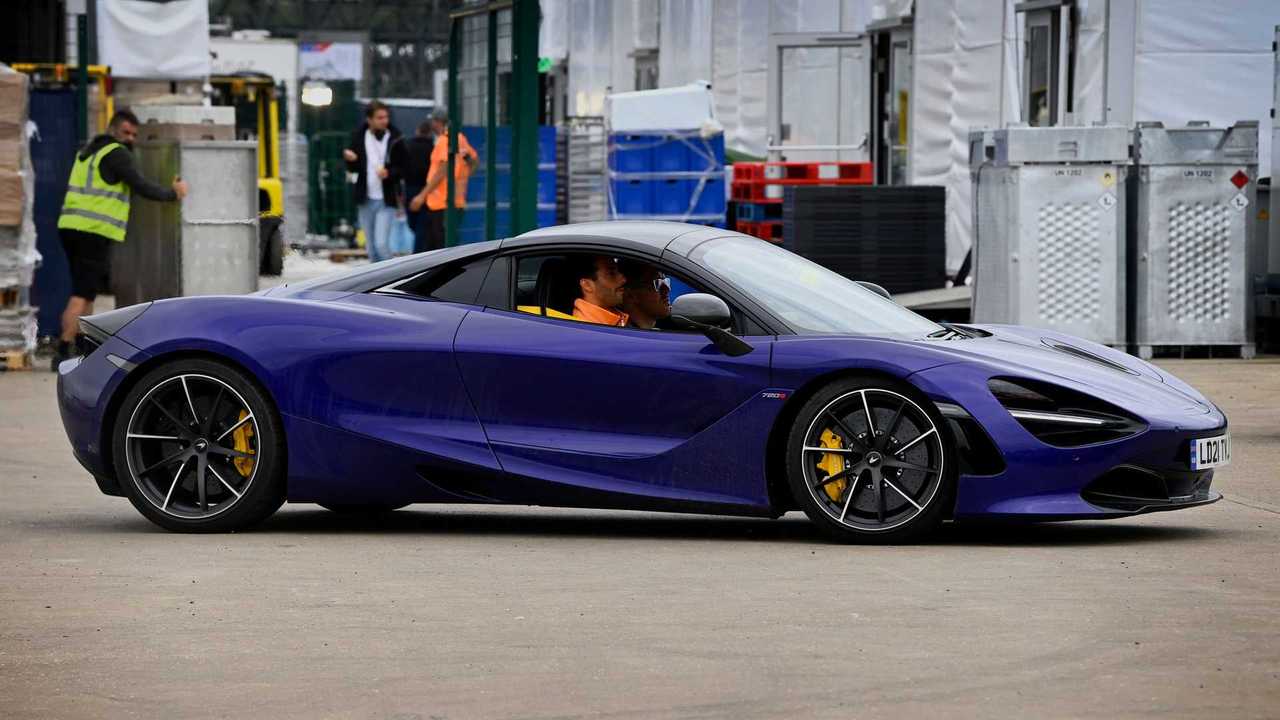 Yuki Tsunoda competes for Scuderia AlphaTauri and is in his second year competing in F1.

Last year Scuderia AlphaTauri used Honda engines, so it only made sense for him to arrive at the Hungarian Grand Prix in a Honda Civic Type R. 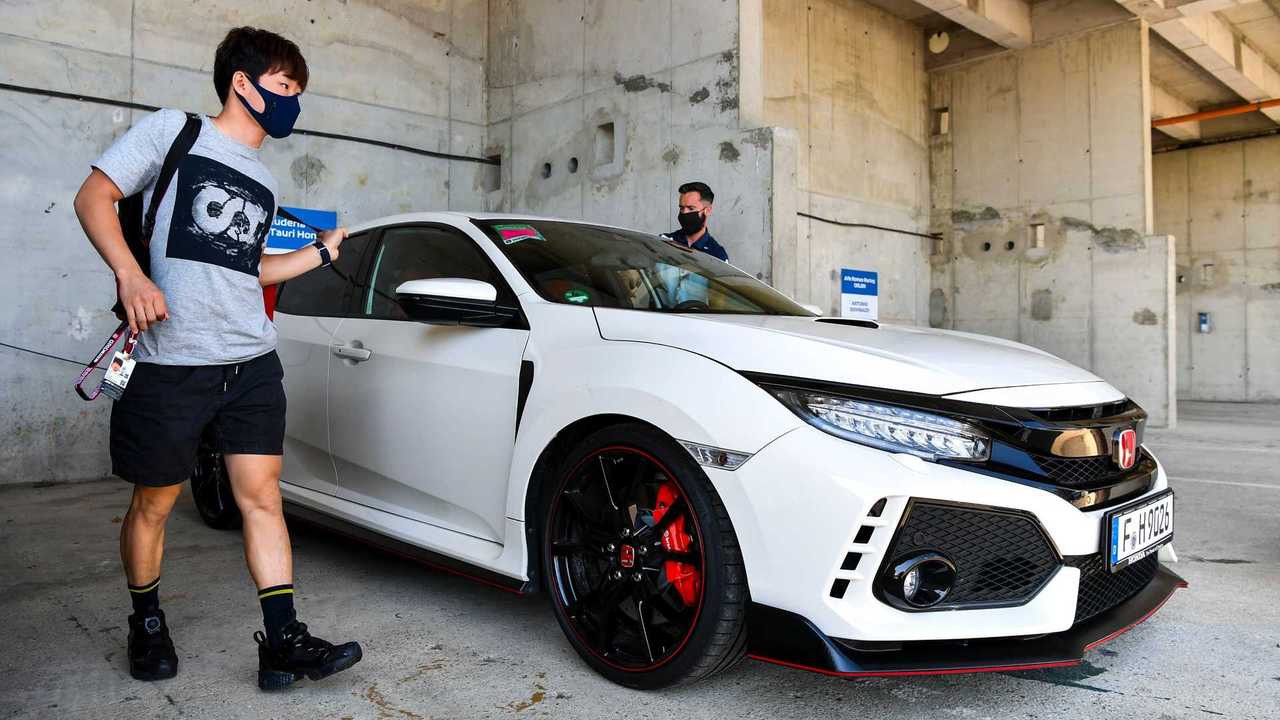 Pierre Gasly is in his third year with the Scuderia AlphaTauri squad.

Like Tsunoda he used a Civic Type R last year. This picture was from the 2021 British Grand Prix. 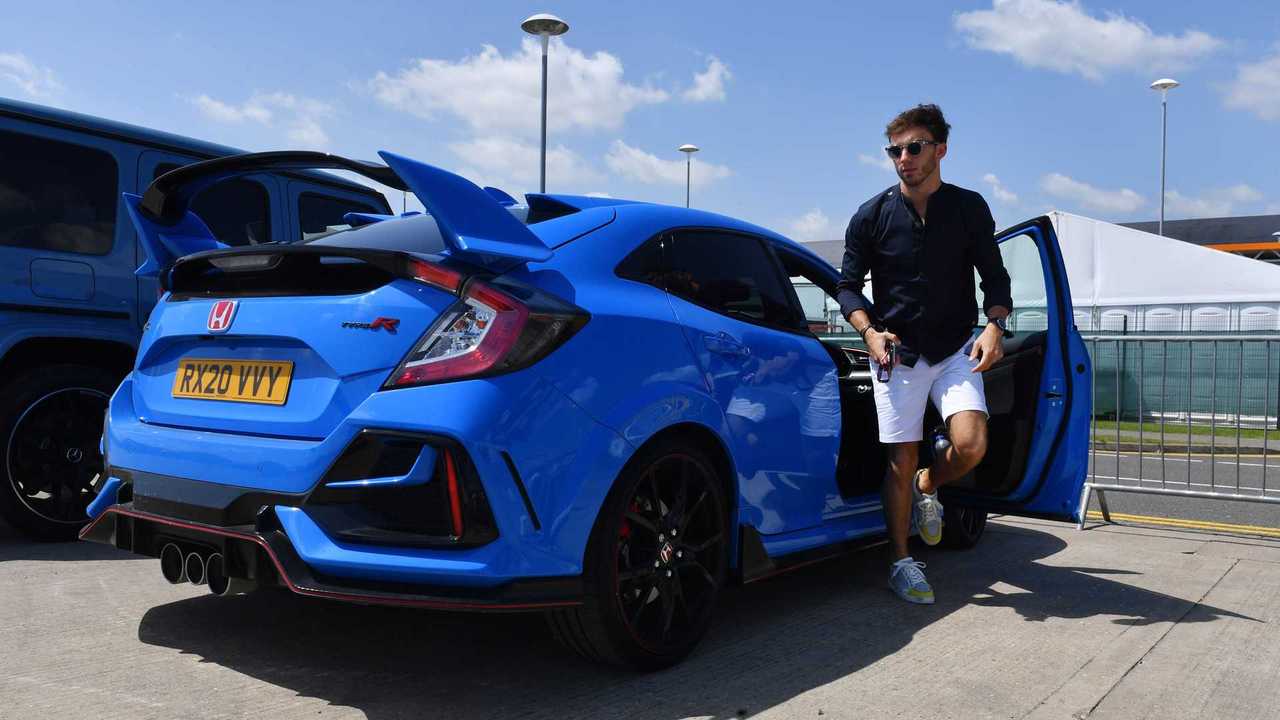 Sebastian Vettel started in F1 in 2006 as BMW Sauber's test driver. He did a single race for that squad in 2007 and then joined Scuderia Toro Rosso. He won consecutive world championships from 2010 to 2013 for Red Bull Racing.

He's now with the Aston Martin F1 Team. He missed the first two races this season after testing positive for COVID-19.

Here he is arriving at the Red Bull Ring in Austria in 2021 at the wheel of an Aston Martin DB11. 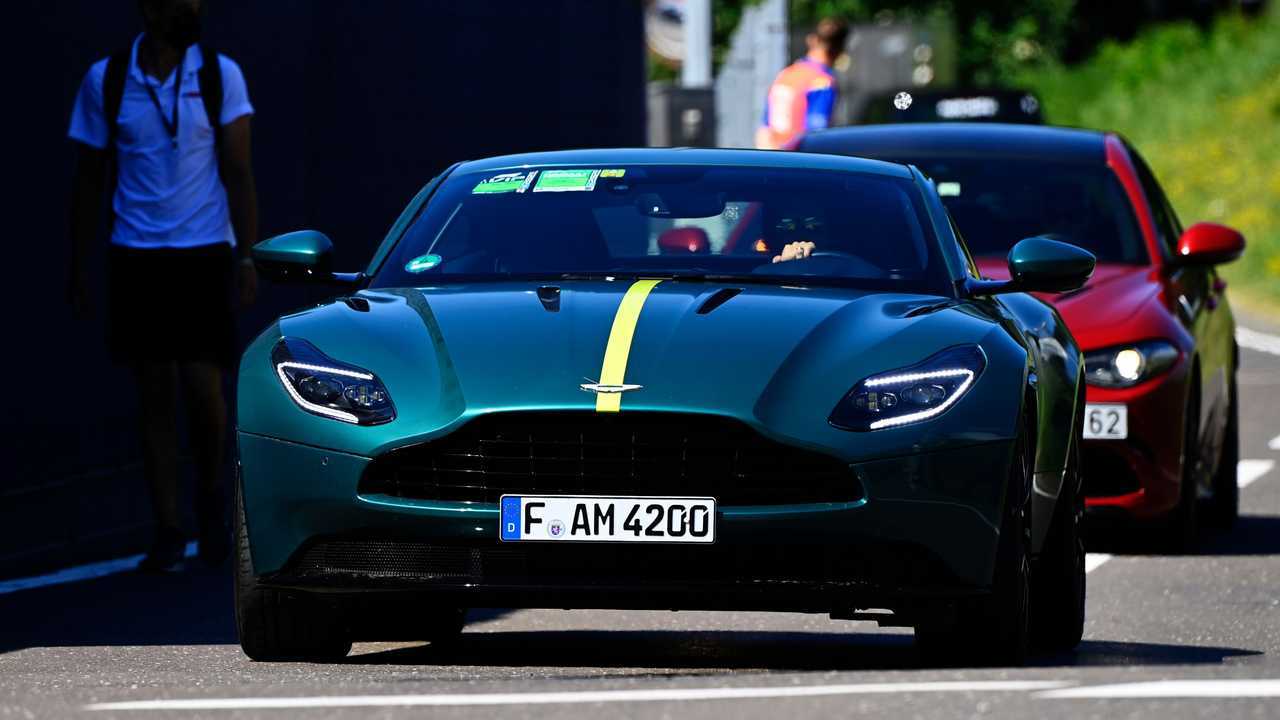 Fernando Alonso is an elder statesman in the F1 field. He started as Minardi's test driver in 2000 and began competing for that squad in 2001. He won back-to-back world championships driving for Renault in 2005 and 2006. Alonso is now with the Alpine F1 Team.

This shot caught him at the 2017 Italian Grand Prix during Alonso's tenure with McLaren. At the time, the squad used Honda engines, explaining why the driver is exiting a Honda CR-V. 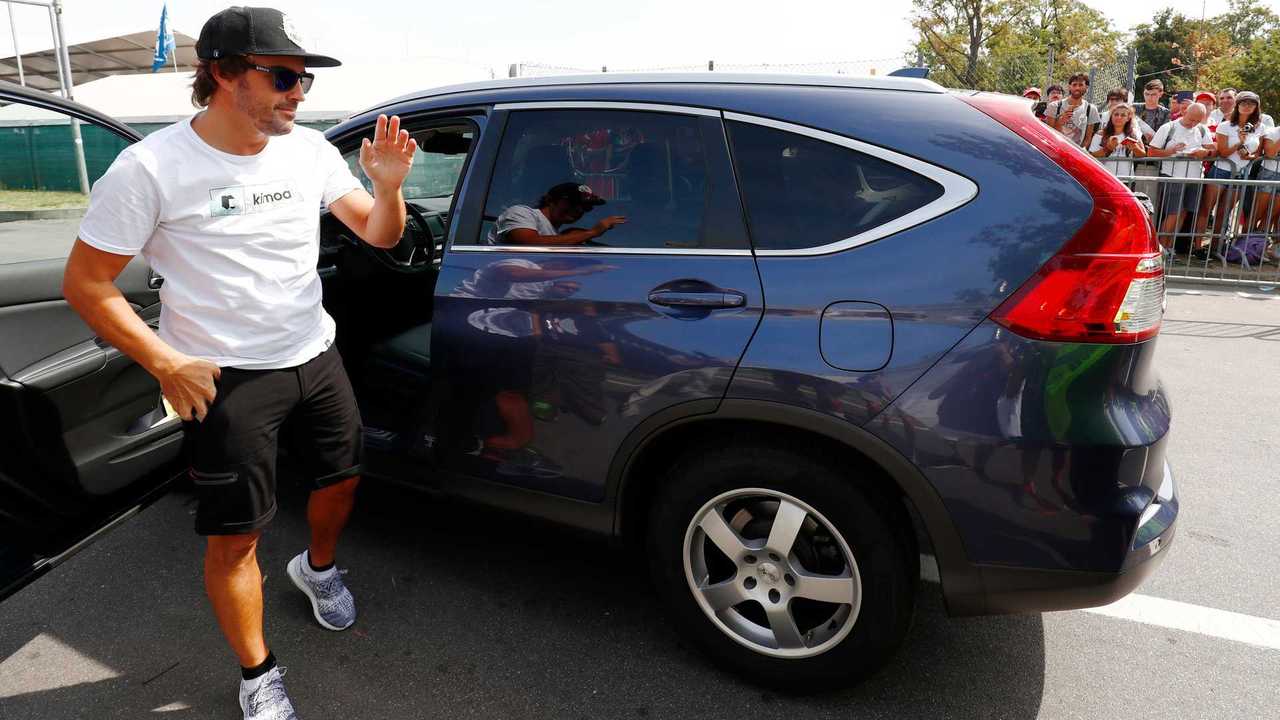 Zhou Guanyu was a test driver for the Alpine F1 Team last year. He's now in his first year with the Alfa Romeo F1 Team.

When not on the track, he drives an Alfa Romeo Giulia Quadrifoglio.

He doesn't post about his personal cars. The best we could find was this shot of him checking out Lando Norris' McLaren GT. 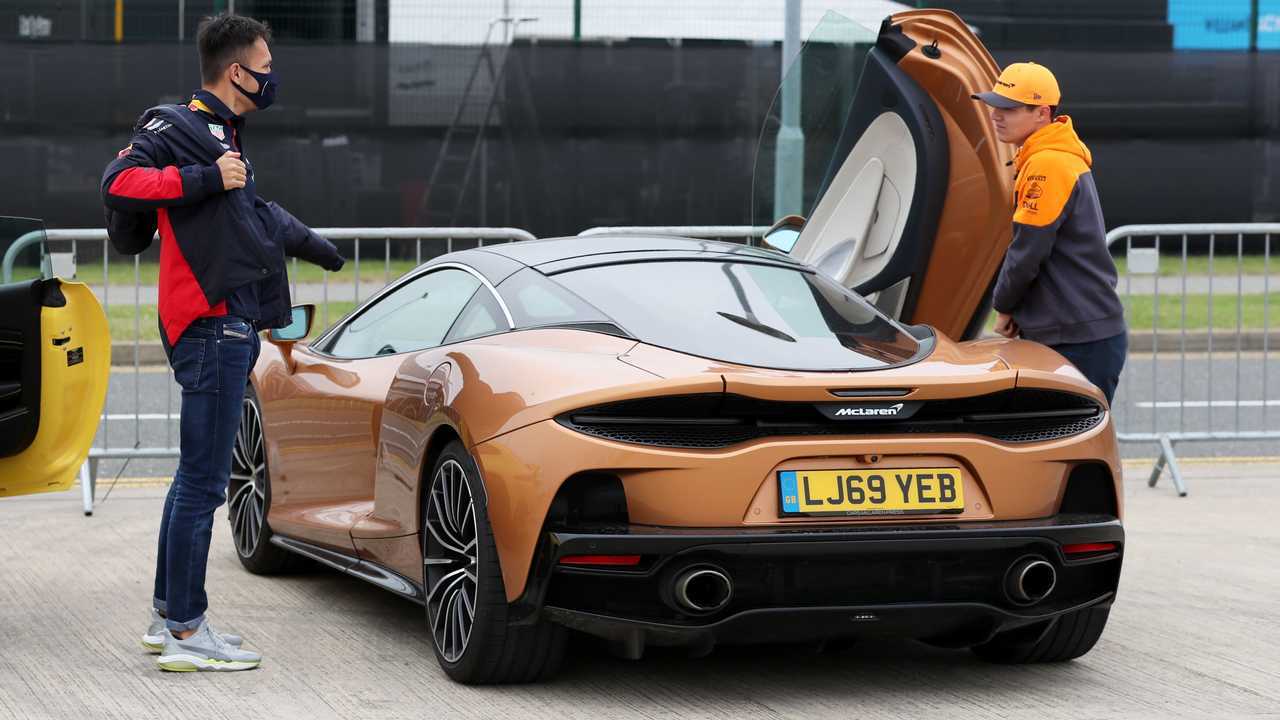 Lance Stroll is in his second year with the Aston Martin F1 Team. He got his start with Williams Racing in 2017.

Here he is walking away from an Aston Martin DBX at the 2022 Emilia Romagna Grand Prix. 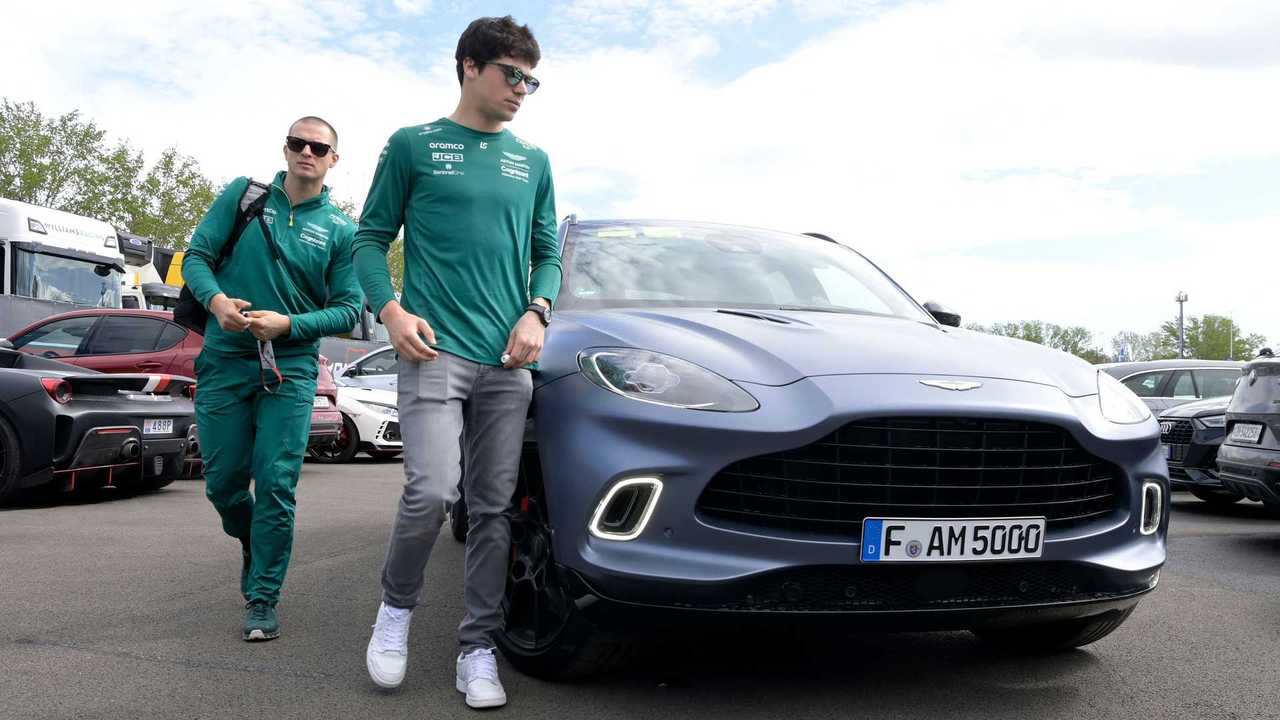 Mick Schumacher is the son of F1 legend Michael Schumacher. He currently races for the Haas F1 Team. This is his second year competing for the team.

He doesn't post pictures of his personal vehicles on Instagram. However, we found this shot of him from the 2020 F2 race at Monza riding a Yamaha MT-09 motorcycle. 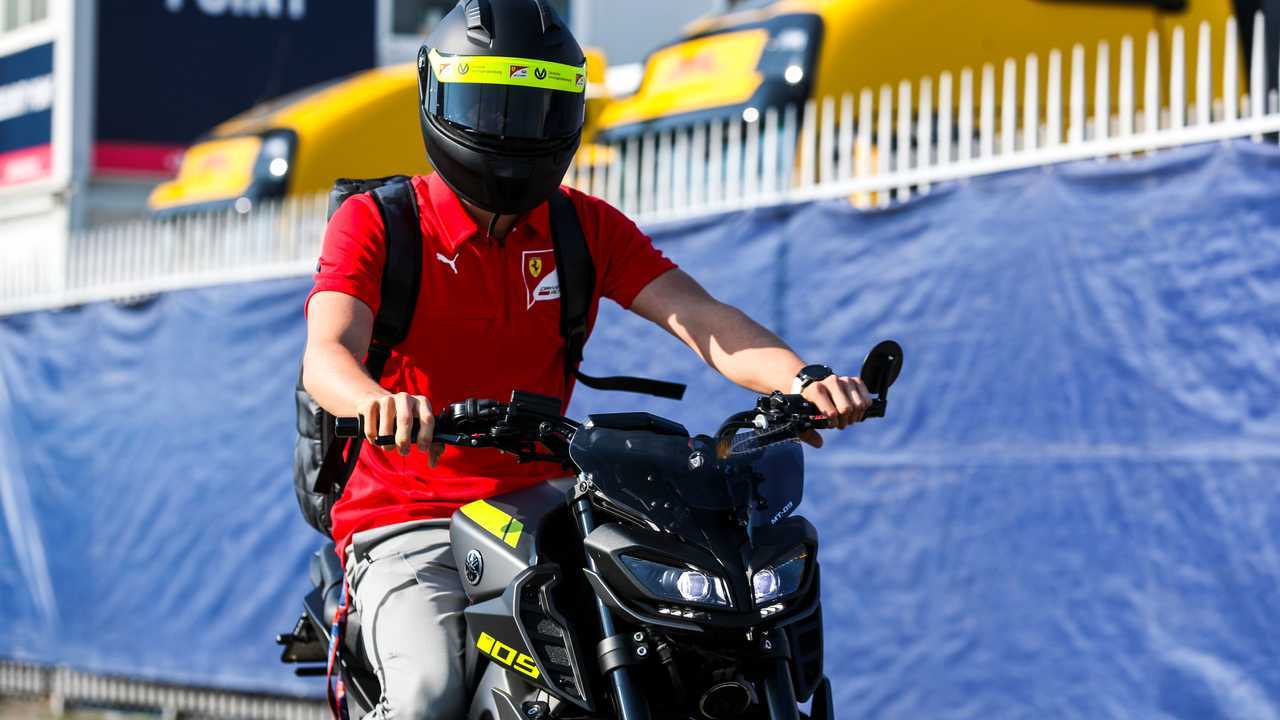 Nico Hülkenberg raced for the Aston Martin F1 Team during the first two grands prix of the season after Sebastian Vettel tested positive for COVID-19. He has now returned to his role as the squad's reserve and development driver.

He's a veteran in the sport after getting his start competing for Williams in 2010.

Hülkenberg doesn't post images of his personal cars, but he apparently enjoys driving a tractor when not on the track.

Nicholas Latifi is in his third year competing for Williams Racing.

Here he is exiting a Toyota Land Cruiser Prado at the 2020 Sakhir Grand Prix in Bahrain. 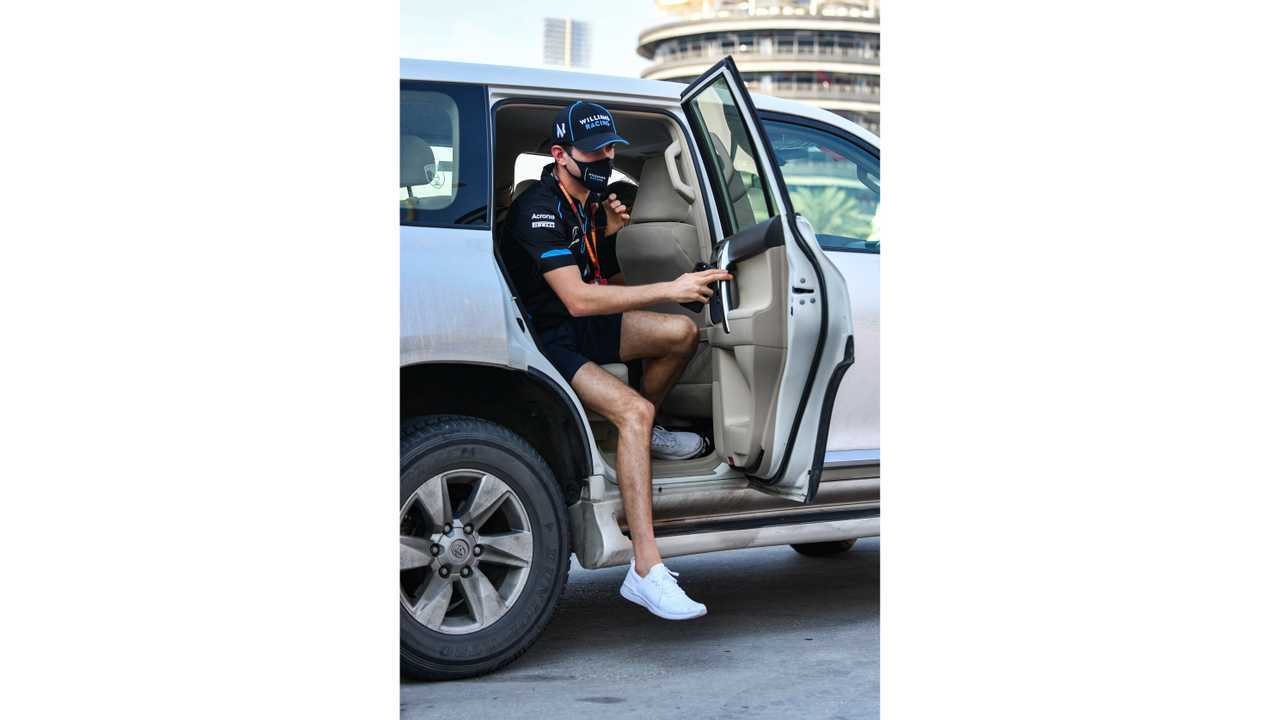